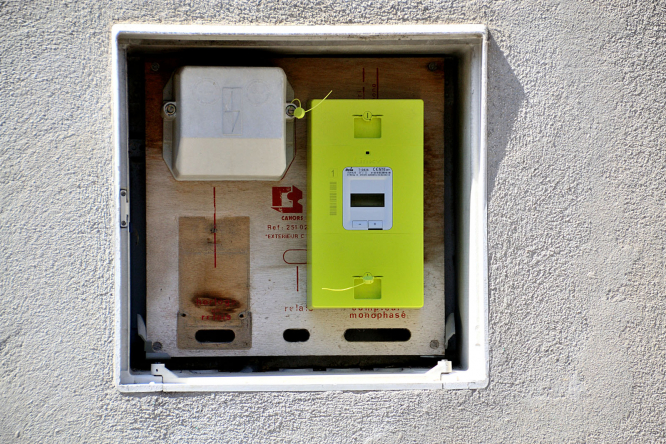 Most Linky installers come from building-related trades and undergo a month’s training before going out in the field Pic: GERARD BOTTINO / Shutterstock

AS the last Linky electricity meters are installed in France, a few Connexion readers have reported problems with installations and sharp rises in bills.

The target of 35million will be reached by the end of the year, says Enedis, the part of state-owned electricity company EDF in charge of the network providing electricity to houses.

Most Linky installers come from building-related trades and undergo a month’s training before going out in the field.

“All installers are certified for work on the electricity network,” an Enedis spokeswoman told Connexion.

“They have the same equipment and follow the same procedures as Enedis employees.”

Nick Jenkins, a second homeowner near Mareuil, Dordogne, who works with The Connexion, was surprised to discover that a Linky had been installed in his exterior box without his knowledge. In addition, the current had been left off after installation, cutting off a dehumidifier in the house.

“It was only by chance, because we had asked a pool guy to open the pool, that we found the current was off.

“We were lucky it was only for two days,” he said. “Our neighbour went to look and saw the new box and turned the current on, but also said it seems to have been badly installed.

“There was a notice in the post box, but we were not there to read it.” Stuck in the UK due to Covid travel restrictions, Mr Jenkins complained to EDF, which said it would register a complaint with Enedis about the meter being installed while no one was present.

A spokeswoman for the company said notice of Linky installation was usually given in writing two or three weeks before the installation date.

“If the meter is outside the house, we can then change it, although if it is inside, we have to be let in,” she said.

“Where there are complaints, we do our utmost to resolve them, but we’ve not had complaints like this from second-home owners until now.”

Several readers, however, have reported rises in bills.

Enedis sent people to check and said the new meters were working correctly and the old meters must have been running too slowly.

The spokeswoman said there was no widespread problem with bills increasing after Linky installation, and people who noticed large increases should discuss why with their suppliers.

“Linky meters are very accurate and give a nearly instantaneous read-out of electricity being used.

“It could be the bills are based on days of high consumption, but that is something between the client and supplier.”

It said Linkys would reduce the energy ecological footprint by allowing better control and anticipation of electricity demands, and benefit customers by giving them better knowledge of their consumption and faster fault repairs.

A CRE spokeswoman said some meters being changed in France were very old – there have been reports that some date from the 1950s.

It is possible that their performance deteriorated and customers see changes in bills with new meters.

“They have to take it up with Enedis – as a regulator, it is not something we get involved in.

“If Enedis cannot give satisfaction, there is no one else to deal with, other than perhaps the courts, and that is an extreme step and very difficult to prove that an electricity meter is over-reading.” Anne- Sophie Dessillons, deputy director of networks at the Energy Regulatory Commission, recently told Le Parisien that there could be a €15 surcharge to pay for Linky meters on bills from next year.

Olivia Grégoire, secretary of state in charge of the social and solidarity economy said having a Linky meter will save around 10% on annual bills due to its help controlling consumption.

Criminals have been taking advantage of the new Linky meters to gain entry into homes to steal.

A spate of such crimes in Brittany prompted a police warning after thieves persuaded home owners to let them in to update the meters.

Enedis has said it does not carry out “any telephone or physical canvassing”, whether by its team or service providers.

It is not the only scam linked to the smart meters.

Last March, inhabitants of Poitiers were victims of scammers, who subscribed them to another energy supplier without warning them.

A thousand ‘smart’ Linky electricity meters a year break down because ants have nested in them.

Electricity operator Enedis told Connexion that ants cause problems if there are a huge number in the meter, which can lead to power cuts and stop the Linky communicating data.

However, this is rare – around 1,000 a year for 32million meters – and is generally between March and September.

Linky meters do not attract ants more than any other type of French meter, the Enedis spokesman said, despite articles in the media suggesting there was a particular type of glue or starch which attracts them.

Because Linkys can be looked at remotely, Enedis will take action swiftly if the box needs cleaning or fixing, and it can put in a meter with a specific anti-ant protection if necessary.