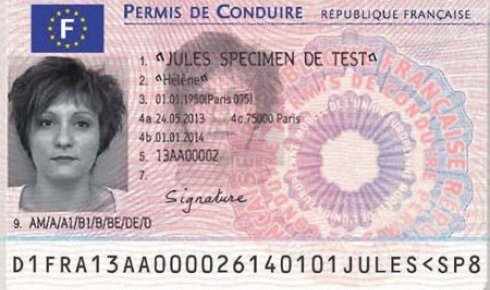 A new online system for swapping a foreign driving licence for a French licence got off to a good start in March but has now been hit by hold-ups due to lockdown short-staffing.

People who applied shortly after the site opened on March 3 received French licences in just over two weeks, reports Kim Cranstoun, of the Applying for a French Driving Licence Facebook group.

However, the CERT centre at Nantes prefecture, which processes the applications, said it is prioritising exchanges from workers in ‘indispensable’ jobs such as healthcare roles as well as the backlog of old paper applications. Officials say that staff reductions due to the lockdown are also increasing processing time.

Since September 2017, Britons and other nationalities wanting – or required – to swap foreign licences for French ones had to apply by post to the CERT replacing a previous system of applying to local prefectures.

There were considerable delays but the service was overhauled at the end of last year, with a dedicated team tasked with dealing with the backlog. New applications were said to be processed in three months.

After a certain date some dossiers were returned unprocessed. However if you applied by paper and this did not happen then you are asked to keep waiting. Queries can be sent via this link.

New applications for those with EU and UK licences are now online at a website of documents agency ANTS: permisdeconduire.ants.gouv.fr. You must have a FranceConnect account – a way of accessing several official sites with the same logins – or create an account on the ANTS site. You must use scans or photos of supporting documents (the list is here) and you can post a photo stuck to a form that you can print off, or use accredited photo booths to obtain a code to attach a photo digitally.

To maintain heavy vehicle categories, you need to attach a medical certificate, or you declare that you renounce these categories.

Once the dossier has been checked at ANTS, it is sent to the teams at Nantes.

You receive an email and text asking you to download an attestation de dépôt form, valid for four months, and are asked to post your old driving licence. The new licence is then delivered to your home.

Ms Cranstoun said: “Until the virus hit, the new system was working well. One of our members received a new licence on March 20, having applied on March 3.

“A few other people had them after waiting about a week longer. However, the new online system has now slowed right up.”

A Connexion reader who applied on March 10 said it went smoothly, although it did not accept his digital photo code so he had to send a photograph. He said he received a text a week later saying the application had been sent for processing but since then has had no further feedback.