Ed Llewellyn: reflecting on 2020 & the future of France 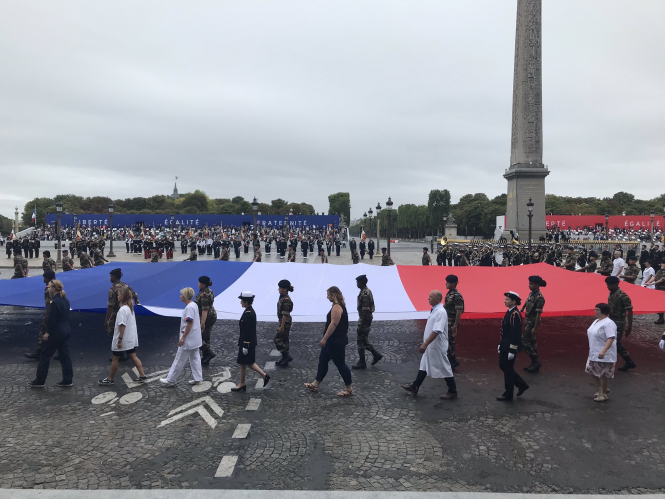 After the first half of 2020 that we’ve all had, I hope that you’re reading this while taking a well-deserved summer break. As I prepare for a drive through France with three young kids shouting “are we nearly there yet?”, I have been reflecting on the past few months.

Watching the moving July 14 “Bastille Day” parade from Place de la Concorde, which paid tribute to the sacrifice of France’s health workers, I was struck – as, no doubt, was everyone watching – by just what a year it has been.

A tumultuous start to the year

The Australian bushfires and Iranian crisis at the start of 2020 seem an age ago, and were quickly followed by the UK’s departure from the European Union on January 31. Keen readers may recall that it was on that same day the Embassy first mobilised its crisis team on Covid-19, as we worked with the French authorities to evacuate citizens from Wuhan in China.

In the ensuing weeks, as the pandemic and lockdowns took hold in Europe, we swung into action here in France as elsewhere across the UK’s diplomatic network – whether it was helping Britons travelling through France (or arriving on cruise ships caught on the high seas), working with the French Foreign Ministry to return British and French citizens from all over the world, working with companies to support the movement of vital medical supplies, sharing information with UK and French researchers, or reaching thousands of you online to answer your questions and stay in touch.

Building a better future for France

I know many of you also found new ways to support local communities and each other. But this year hasn’t been all about crisis. From the tragedy of Covid, there have been glimmers of light, particularly for France and the UK in our determination to build back better and consider the changes that we, as societies, want to make.

We both want to lead a greener post-coronavirus economic recovery – seen in both President Macron’s Citizens’ Convention initiative and the British Chancellor’s £3billion of green initiatives. In recent weeks, the UK has shown its determination to act as a force for good in the world – whether that is standing up for the rights and freedoms of Hong Kong people or delivering on a new worldwide commitment to human rights with a unique sanctions regime.

I’ve just hosted the UK’s national security adviser for talks with the French, Americans, Germans and Italians on subjects ranging from China to Iran. And we’re on the road to a UK-France Summit which will build on those themes of recovery, our environment, and playing a positive role in the world.

Crucially, on Covid, the UK is playing a leading role, including in the hunt for a vaccine – with work under way at Oxford University and other UK institutions, and the government’s commitment to make vaccines available to everyone. We’re only just over halfway through the year, however, and I can’t hide that there will be more change to come in the autumn.

Whatever the outcome of the current negotiations on the future relationship between the UK and the EU, there will be adjustments to make for travellers, residents and businesses – not least the French government’s residency permit website, which will now open in October and not in July, as I had said last month. I am afraid Covid is responsible for that delay, announced by the French authorities just after the July Connexion went to print.

You can find out more at gov.uk/transition but I will, of course, be covering this in greater detail in the coming months. For now, I wish you a happy and healthy summer and I hope that you, like me, find a moment to reflect on the positive this year, as well as the challenges.

When and where you must wear a mask in France: a checklist