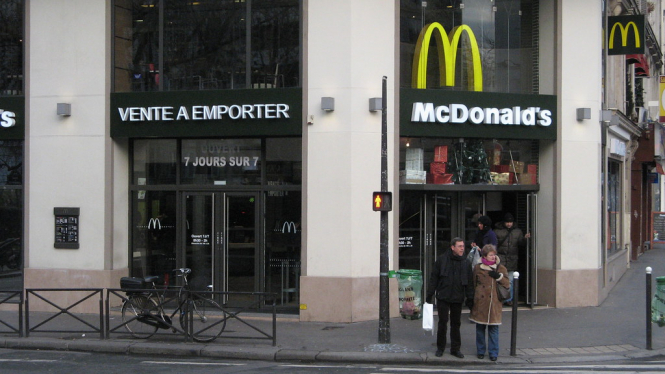 When Coronavirus lockdown restrictions are finally scaled back, imagine the kind of confined spaces that will struggle to get customers back inside.

How about ones that are traditionally pretty small, and full of strangers chewing and talking? Ones where people usually let down their guard because they are enjoying themselves and invariably drinking copious amounts of alcohol.

Yes, restaurants, cafés and bars are ideally suited for the transfer of Covid-19, and the global leisure sector is going to have a hell of a job persuading people otherwise in the months ahead.

This is especially so in France, where some 200,000 establishments that serve food and drink are renowned for being exceptionally relaxed – that’s why people love them.

The thought of strict regimentation of diners and staff alike does not fit in with a country where popping into a local bistro and having whatever they happen to be cooking is part ofday-to-day life. Animated conversations at bars or on packed terraces – think lots of hot air and related spittle – is the norm.

Most of the restaurants in cities such as Paris and Marseille, as well as in the countryside, are intimate: tables are stuck closely together. Kitchens are exceptional small – a very hot stove and maybe one or two overworked chefs behind a service hatch. Toilets are notoriously cramped and often unhygienic too – usually just a couple of tiny cubicles that are in constant use, often with queues outside.

This will have to change, and restaurateurs are already adapting to this reality. Crisis meetings are being held with President Emmanuel Macron, and brave new world measures being discussed.

Many sound implausible, particularly masks for diners, and the vetting of those making a booking, in a process that might involve the production of medical documents, as well as identity cards or passports. Just who is going to bother with all this bureaucracy before lunch or an evening out?

Other suggestions include the halving of covers to allow for spacing between tables. The restaurant trade was already in difficulty because of dwindling client numbers before the coronavirus pandemic broke out.

Reducing these even further, and trying to treat those who do turn up as if they were highly drilled soldiers does not seem feasible.

It may work in the world-famous three Michelin-starred restaurants and five star hotels, with their eye-watering prices and exclusivity, but not in the vast majority of businesses.

One interesting development in France this month has been the reopening of some McDonald’s burger restaurants, particularly drive-in ones. McDo –pronounced ‘Makdeau’ by the French – is hugely popular in a country that remains in awe of American popular culture.

The fast food giant’s menu is more sophisticated in France than it is in Anglo-Saxon countries, including Britain, offering smaller portions and more salad and fruit. Whatever you think of the food it is packaged and distributed extremely safely to a nationwide clientele. Cavernous dining rooms are easily cleaned and regulated – if numbers become too big, those excluded simply take their meals somewhere else.

So how about all other restaurants following the McDo example, at least in the early months after lockdown? Cook their food, wrap it well, and give people options on where they want to enjoy it. It will not be ideal, but as a country which prides itself on great food and drink faces up to radically changed circumstances, it may be all that is possible.