We left France for UK because of Brexit. Were we right? 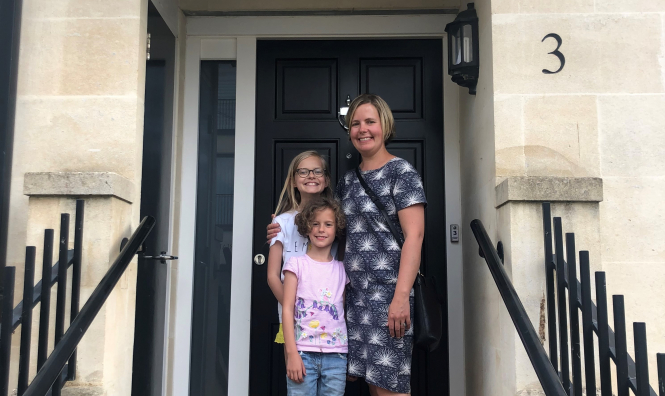 We are receiving a lot of feedback from readers about Brexit as the end of the transition period nears. If you would like to express a view and explain how it has led to you changing your life plans, please email news@connexionfrance.com. Here, Emily Commander explains how it led her Francophile family to move back to the UK from France and how they feel now from 'the other side'.

In July 2019, my husband and I took the counterintuitive step of moving our Europhile family from Lyon back to the UK, a country busy severing its ties with the European Union. Around 18 months later, with Brexit looming larger than ever, we still feel profoundly torn about our decision.

In the immediate aftermath of the Brexit referendum, leaving France had been unthinkable to us. Perched on a hillside just outside Lyon, we had French jobs, a bilingual education for our daughters and we could travel to other European countries without even changing currency. We were, we felt, on the right side of the Brexit drawbridge.

Two years later, we took the first tentative steps towards French citizenship: sitting French language tests and attending a meeting at our local PIMMS. Our certainty first wavered in this dismal administrative outpost when an official checked our papers and informed us that the next available appointment was over two years’ away and that the entire process would take about four years. Shocked, I made a rash joke, observing that the wheels of French bureaucracy turned slowly. I was met with a steely stare: yes, but Madame, French citizenship was not designed for Brits fleeing the consequences of their political decisions; it was a privilege bestowed by the French state upon those who deserved it most.

My skin was never thick enough to make me truly French and the feeling of rejection caused by this remark was crushing. No matter how well we spoke the language, how wholeheartedly we subscribed to the French way of life, how many years of tax we paid, we were incontrovertibly outsiders, our notions of integration exposed as naïve folly. The doubt had crept in: could we stick that sense of alienation for four more years?

We didn’t go scurrying straight back to the UK, but, over the course of the next year, we saw our lives through different eyes. When my application for a better French job was rejected on the basis that they were looking for someone plus adequate, I didn’t laugh it off but felt hopeless. At homework time, we wondered out loud why it was necessary to memorise word-for-word a technical description of a belt pulley instead of simply observing a bicycle chain in action. We started to feel snubbed each time a shopkeeper was brusque with us or a neighbour passed without a smile. Even the food got us down: we would cheerfully have exchanged the entire aisle of cornichons for a single block of halloumi. In short, we were no longer certain we were on the right side of that drawbridge.

And so it was that we found ourselves packing up our beautiful French home in the midst of a canicule and heading for a new life in South West England. Although the girls now speak longingly of the swimming pool and the view, at the time they didn’t give either a backwards glance, hurtling instead towards an exciting new life of school uniform, limitless cups of builders’ tea, and the right to try and fail at any number of extracurricular activities.

Initially, life back in the UK was exciting, as novel and unfamiliar as Lyon had been when we first arrived there. We had a basic lunch in a local pub and the girls gave it five-star reviews where Paul Bocuse had only ever mustered three. Strangers gave the dog treats every time he went out the door and he made friends with all manner of beasts whose names ended in “oodle”. School was fun; people smiled at us in the street; shops shut quaintly early but opened all day on a Sunday; Veganism was mainstream; taxes were taken at source; and – hallelujah - there was a daring new concept called "customer service".

We’d assumed that, once the novelty wore off, we’d settle back into being British, our life in Lyon but a distant, exotic dream. Instead, six months in, there were worrying signs that we didn’t quite fit in. My elder daughter was baffled to note that English girls seemed to wear sportswear all the time. I was mesmerised by the amount of snacking that goes on in an English workplace. When my younger daughter went to play with friends, she was confounded by being served a meal at 5pm. And none of us could understand the stubborn insistence that mastering a loud “hello” was all that you needed to get by in a foreign language. But more profoundly than this, there was a parochial nature to everyday life that felt limiting. Had nobody ever imagined that life could be lived differently?

This unease persists. We may have acclimatised to the grey skies, but none of us feels quite settled. As Brexit negotiations enter their concluding phase, we are jealously eyeing our friends across la Manche and wondering why we should have to choose between being British and being European.

Understand Currency Exchange*
More from Your views
More from Connexion
Get news, views and information from France
Join the newsletter
Subscribe to The Connexion