Racism protests: how attitudes to inequality have changed 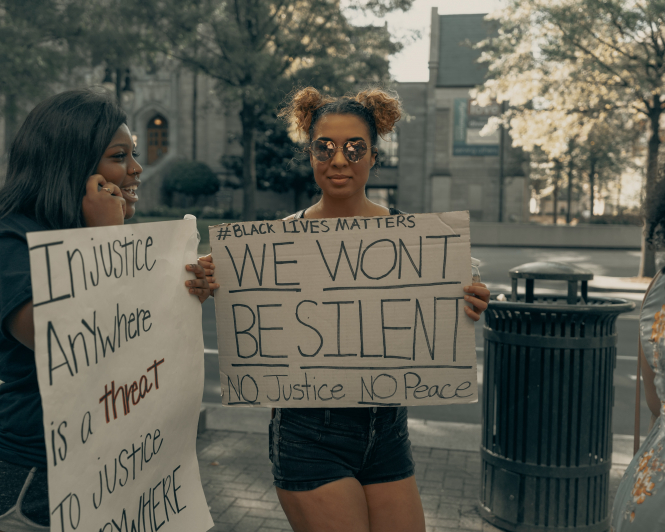 The current wave of protests against police racism and brutality is due to changed attitudes towards intolerance, says criminologist Professor Alain Bauer. Weeks of demonstrations across France have echoed the Black Lives Matter protests in the US, with many highlighting the death of Malian Frenchman Adama Traoré in custody after being restrained in 2016. At the same time, a Human Rights Watch report claims that officers in France have used wide-ranging stop-and-search powers to target black and Arab boys and men.

Prof Bauer said police are actually less racist now than in the past. “There’s less violence than there used to be – but more outrage because the sensitivity of the public has changed.” What was once tolerated, especially in countries with a colonial past, is no longer acceptable, he said. “There is less racism in France or Europe today, but it is now much more unacceptable.” He described a 4,000-member police Facebook group on which racist jokes and comments were posted as a “free speech private area”, and said members did not complain in an attempt to conform. “It shows how important it is to continue education and the expulsion of bad apples in the police force,” he said.

Structural racism within the police and the need for change

Structural problems in the police, with a greater density of police stations and staff in the wealthy areas of Paris, persist despite the efforts of successive governments. Prof Bauer said their origins were based on the geography of the 18th and 19th century, when police stations and institutions were formed. “The French police have always been a force for public order, rather than a service which sees community policing as its reason for existing,” he said. “The need for a cultural revolution is huge. It will change slowly over the years.”

French people often seem to have a profound dislike of police and gendarmes – more so than appears in some other European countries. Prof Bauer said this distrust may date back to the first organised “national” police, formed in royalist times with a mission to collect taxes. “It was followed by public order being organised locally – towns usually had their own police forces – which could be very harsh, and not very popular either,” he said.

“But in 1942, the national police service was created under the Occupation by Maréchal Pétain. This almost unique idea of a French unified, centralised police service has never been accepted fully. But, curiously, the relationship is less tense with the Gendarmerie, which was initially the military police, then a sort of highway patrol for the roads, before finally becoming the police force for rural areas.”

It is sometimes said the police align themselves more with right-wing political parties and the Gendarmerie with the left, but Prof Bauer dismissed this. “It is not based on anything serious,” he said. “They are all more conservative than revolutionary, as you would expect.” During the lockdown, the role of municipal police forces also came into question. Some who did not mind having their papers checked by gendarmes resented having municipal police officers do it. Prof Bauer said they were viewed by many as auxiliaries and “not real police”. He said: “An evolution in the role of local police needs a lot of education.”

Read more: slavery to be remembered in French cities

France quickly reversed a ban on police using the controversial chokehold manoeuvre when arresting suspects. Interior Minister Christophe Castaner told union officials on June 15 that the technique would no longer be taught to officers but stopped short of a total ban. National police director Frédéric Veaux sent a letter to staff, saying the measure could be used on the streets “with discernment”. The letter confirmed a working group would be set up to investigate alternative measures and report in September.

Less than a week earlier, Mr Castaner had announced there would be “zero tolerance” of racism in law enforcement and a ban on the chokehold method, following days of protests sparked by the death of George Floyd in the US. It prompted police across France to stage protests. Some rallied on the Champs-Elysées in Paris, throwing their handcuffs on the ground. The U-turn came a day after President Macron said that while racism, antisemitism and discrimination are unacceptable, the police and gendarmes face daily risks. “They merit the support of those in power and the gratitude of the nation,” he said.