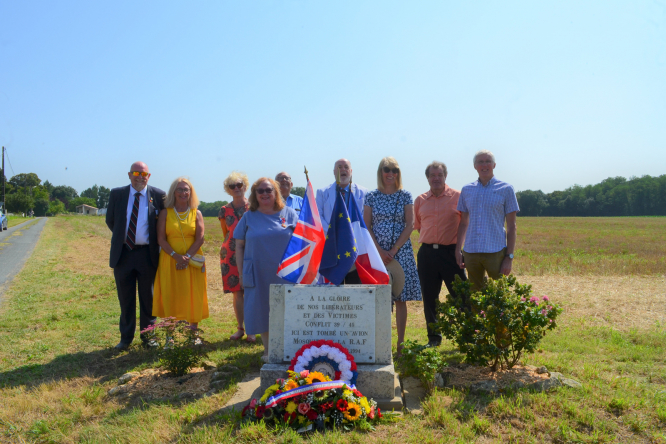 The Royal Air Forces Association Sud-Ouest France put in 147 phone calls to members to check they were coping during Covid lockdowns.

It is just one of a number of ways the branch helps serving and former RAF members, their families and dependants, and anyone supporting the aims of the organisation.

“Many members are elderly, so the fittest look after the oldest. We were also able to help with Brexit changes, such as residency card applications.”

In addition, the group hopes to restart regular lunches in Bordeaux in October, now that Covid restrictions have relaxed.

The association is part of UK-based charity RAFA, and has 157 members (French and British) spread over a vast area in south west France.

Branch chair Beryl Dennett Stannard said: “We generally look out for each other. Living in rural France can be very isolating. If someone is in hospital, their partner or friends may have to travel long distances to visit them. If there is need for financial aid, we try to help with expenses.

“Some people are living on very low incomes, so occasionally we quietly pay their membership, to stay in touch. There is great reward in making even small life-changing differences for our beneficiaries.”

Members also receive a copy of the association’s magazine, Air Mail, to keep up to date.

South west France has more than 1,000 RAF war graves, and the branch represents the RAF at several different commemoration ceremonies.

“I have had spine-chilling moments when villagers have held my hands and looked straight into my eyes and told me the RAF saved them.”

Further branch details are at rafasudouest.fr.

charity
living in France
More from Your News
More from Connexion