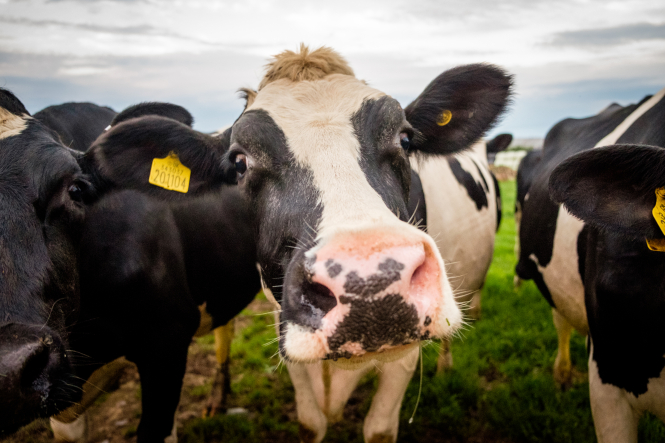 The disease is a maladie à éradication obligatoire in France, meaning all animals who contract it must be killed Pic: J R Patterson / Shutterstock

A case of bovine brucellosis has been detected in a dairy cow in east France, the agriculture ministry said on Wednesday, November 10.

Bovine brucellosis is an infectious disease that occurs from contact with animals carrying Brucella bacteria. Brucella can infect cattle, goats, camels, dogs, and pigs. The bacteria can spread to humans if you come in contact with contaminated meat, or if you eat or drink unpasteurised dairy products.

In a statement, the ministry said that “precautionary measures had been taken immediately” to stop the spread of the bacterial disease, which can be transferred to humans who come into contact with infected animals or consume contaminated unpasteurised dairy products.

The ministry said that since suspicions of the case were raised on the farm in Haute-Savoie on October 20, milk from the affected herd had only been used to produce pasteurised products.

The affected farm is thought to be near the Bargy massif, Le Dauphiné reported. Now that the case has been confirmed, all 219 cows in the herd must be killed to stamp out the disease.

France has been considered free of bovine brucellosis since 2005. Since then, one other resurgence has occurred in 2012, also in Haute-Savoie, with two humans contracting the disease after eating contaminated fromage blanc curds.

In this case, the source was identified as a herd of cows infected by wild goats. As a result, precautionary surveillance measures were introduced in the department.

One of these included a system of testing wild goats and killing untested goats, but this was suspended in 2020 by the administrative courts in Grenoble.

The agriculture ministry said that surveillance measures introduced in 2012 would now be reinforced “in order to eradicate this illness from wild animals”.

Inquiries into the source of the latest outbreak are ongoing.

Farmers who have to kill herds as a result of the outbreak will be compensated for their losses by the state.

The litre of milk and the revolution that followed in France