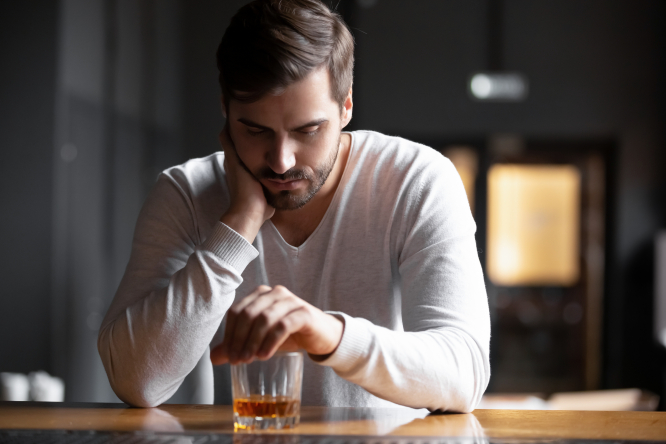 Health authority Santé publique France highlighted the figures for 2020 in its latest health barometer, which was published this week. The barometer studies topics such as nutrition, tobacco and alcohol use, wellbeing, sleep, lifestyle, and vaccine practices.

The results showed that 23.7% of people in France aged 18-75 exceed national recommended limits on the consumption of alcohol, as established by the authority in conjunction with l'Institut national du cancer in 2017.

And while the statistic has been dubbed ‘worrying’, it has remained stable in the past few years, rising just 0.1% since 2017, when the figure was 23.6%.

Men are more likely than women to exceed the recommended levels, with 33.2% of men drinking too much compared to 14.7% of women. These numbers have also remained stable since 2017 (33.4% and 14.3% respectively).

Drinking habits differ considerably by age, with young people more likely to drink less frequently, but drink much more when they do consume.

Socio-economic status also has an impact.

These sections of society are more likely than others to drink too much:

Santé publique France recommends that people do not drink more than 10 units (“standard drinks”) of alcohol per week.

It also recommends that people have days in the week without drinking any alcohol at all.

It added that the new findings would “help improve targeting of prevention campaigns, while taking into account social health inequality.”

It comes less than six months after the French government announced a long-term plan aimed at reducing the number of avoidable cancers, including those caused by excess alcohol consumption.

Tobacco is the main cause of the illness, with alcohol second, followed by poor diet, and then lack of exercise. Studies carried out as part of the plan found that in France, 10% of adults drink 68% of all alcohol sold.

20 hours ago
4
France reopens to UK tourists: Rules for adults and children