Are Covid ‘green zones’ a way to open up travel in Europe? 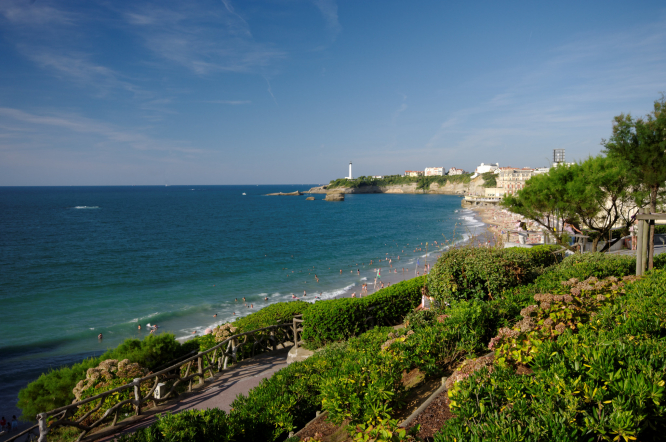 We will be able to enjoy a summer holiday season if Covid low-risk “green zones” are adopted in cities and regions across Europe with unrestricted access between them, a professor at France’s leading research centre claims.

Several prominent figures, including the president of France’s Covid scientific advice committee, say a change to the current “curfew lockdown” strategy is needed.

Bary Pradelski who works in Grenoble for the world renowned National Centre for Scientific Research has studied the zone plan for a year with a mathematician. He expects Cologne in Germany to be the first city to take it up.

“The emphasis must be to keep green zones safe and strictly regulate travel into them from non-green zones, but allow free travel between green zones,” he told The Connexion.

Dr Pradelski says zones should be as small as practical, worked out nationally: cities, regions, departments – or even whole small countries.

Those coming into green zones from other areas should only be allowed in with a negative test and 14-day quarantine, he said.

A green zone concept was used by France as early as April 2020. “Green” departments were able to relax restrictions more rapidly.

As cases started to rise again last year, with a “deconfined” summer and free travel within the EU, colour-coding was temporarily brought back, with prefects in “red” departments able to impose stricter rules.

Dr Pradelski and Spanish mathematician Miquel Oliu-Barton’s work has influenced the EU. Since October, the European Centre for Disease Prevention and Control has updated maps weekly, assigning colours to regions based on risk-levels from green to orange to red.

At present, only Iceland and parts of Norway are classified green.

Dr Pradelski says the EU initiative must be used to protect green zones. “Last summer, nearly all of Europe was green. Paris and Madrid were still hotspots and so the virus spread again.

“It was a huge missed opportunity and we need to learn from it to make this summer better.”

A sharp reduction in cases is nonetheless needed before it can be practical, he said, with strict measures likely to be necessary.

“The prospect of becoming and remaining a green zone will foster community spirit and counter increasing fatigue towards strict measures,” he said. “Restoring mobility between green zones in different countries will not only reduce hardship but will also allow Europe to show its strength and benefit the upcoming tourism season.”

The idea has been supported by several German scientists who launched a “No Covid” initiative.

The prime minister of the Bavaria region has also supported it and some commentators said they hoped Chancellor Angela Merkel would raise the idea at the European summit at the end of February.

“We hope this will be taken up by all of Europe or, at least to start with, will allow cities or regions to bring in strict measures to protect green zones so areas could choose whether to implement or not.”

Similar movements include endcoronavirus.org in the US or the UK Zero Covid Alliance.

In France, five of the 17 members of the Covid19 Scientific Council, including its president Jean François Delfraissy, wrote to the medical journal The Lancet calling for a new approach, especially in the light of new virus variants which may have an impact on the effectiveness of vaccination.

They said: “It is time to abandon fear-based approaches founded on seemingly haphazard stop-start generalised confinement as the main response to the pandemic.”

They said governments should consider a more targeted approach, with different measures depending on population sectors, such as asking the most vulnerable elderly to voluntarily self-isolate.

Weekend lockdowns will be enforced in coastal areas of the Alpes-Maritimes on February 27-28 and March 6 -7 from 18:00 on Friday until 6:00 on Monday morning.

Attestations will be needed and people will only be able to go out within a 5km radius of home for daily walks. This is due to high Covid rates, especially linked to the UK variant.

29,000 GPs in France to give AstraZeneca vaccine this week