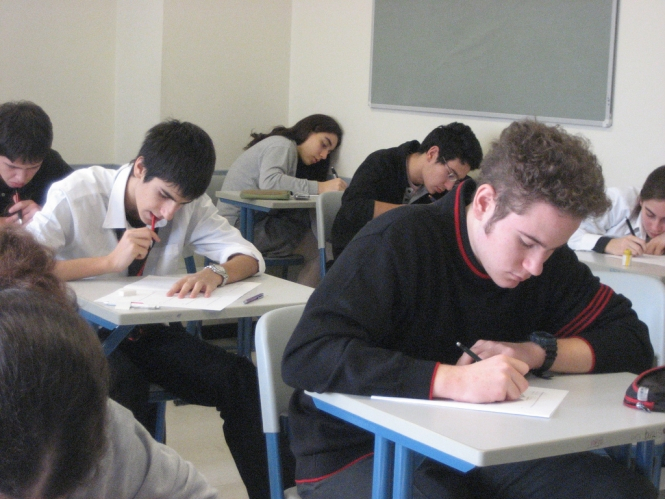 The Bac results were published on Friday and ‘catch-up orals’ are already taking place today for those who just missed the pass mark of 10 out of 20.

However some 10,000 papers still had not been marked this morning, though it is said they have now finally been handed in.

The Education Ministry resorted last week to an emergency process of allowing grading juries (who meet in each education authority area to agree final marks), to use grades from continuous assessment tests during the year to replace missing ones.

The government said that in cases where actual grades turned out to be an improvement, those would be used instead.

It means, however, that some young people who have been attending catch-up orals in a bid to obtain a pass may be told they had already had a pass mark now their papers have been marked.

Others may find they are called to do an oral tomorrow, having found that they were in the borderline (‘catch-up’) zone, as opposed to having failed based on their continuous assessment results.

Some parents say they are ready to sue if they think another family’s child was treated more favourably than theirs due to the mix-up – for example by being able to benefit from a good continuous assessment grade rather than a poor exam result, or due to having less revision time because of being called late for an oral test.

“To think that, all of a sudden, a national exam diploma may be being brought into discredit because of procedural irregularities and discrimination between the young people,” the president of the FCPE parents’ federation, Rodrigo Arenas, told Europe 1 radio.

“In reality there’s a real inequality of treatment when you look at it. Parents are calling us saying they’re thinking of going to the administrative court.”

Some striking teachers were today threatening to also disrupt the running of the catch-up orals by refusing to run the exams or by deliberately passing everyone.

However the ministry said it had made plans to replace those who had made such threats.

It said only around 700 markers out of 175,000 were involved in holding back marks, though unions said there were “much more”.

Provisional results on Friday showed an overall pass level of 77.7%, which was 1.1% less than last year.

The protests are over planned changes to the Bac set to come in fully from 2021, including reducing the number of papers so the Bac exams are focused on a more narrow range of subjects.

More use of continuous assessment is also planned with traditional exams counting for only 60% of the final grade.

Another major change is the end of the S (scientific), L (literary) and ES (social sciences) ‘serieses’ in the general Bac. They are being replaced by just one overall qualification with a reinforced ‘common base’ of studies with some freedom to choose additional ‘specialities’.