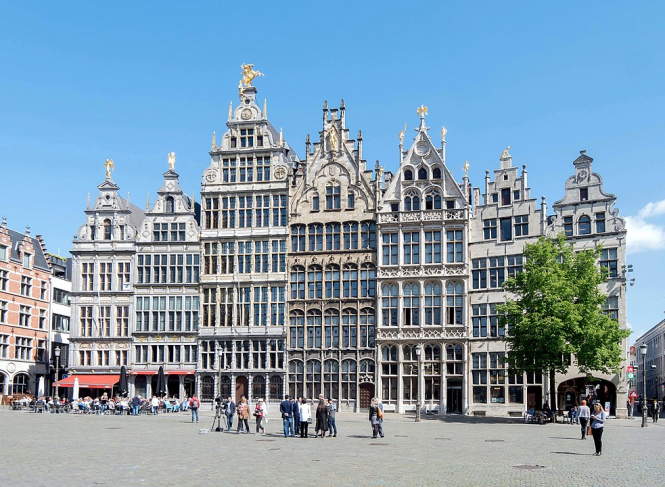 The city of Antwerp has seen a spike in cases in Belgium, as the country brings in travel restrictions to and from parts of France
By Connexion journalist

The rules have been in place since Saturday August 1.

Mayenne is the only French department - so far - for which Covid-19 testing is mandatory, and all non-essential travel banned.

Tests and quarantine are also “recommended” for people arriving in Belgium from a list of “orange” areas in France, including the Paris region (except Seine-et-Marne), Pays de la Loire, the Nord department, the Haut-Rhin, the Haute-Savoie, Meurthe-et-Moselle, and Vosges.

The new rules come as Belgium tries to crack down on a fresh wave of cases, especially in the city of Antwerp, where new restrictions have been put in place, including on the number of contacts allowed, the size of gatherings, and mask wearing rules. A curfew is now in place in Antwerp from 23h30 to 6h.

The new Belgian travel restrictions also apply to Leicester in the UK; Navarra, Aragon, Barcelona and Lerida in Catalonia, northern Spain; Vaud, Valais and Geneva in Switzerland; and certain areas of Bulgaria and Romania.

With 68,751 official cases and 9,841 deaths since the start of the pandemic, Belgium is the country with the greatest number of deaths per population, at 86 deaths per 100,000 people, reported newspaper Le Monde.

Mayenne was declared on “high vulnerability” in mid-July after a spike of cases, and masks are now to be obligatory in all public places in 69 communes (of 261) in the department from tomorrow (Monday August 3). Gatherings of more than 10 people are banned.

This is in addition to the national rule that makes it mandatory to wear masks in enclosed spaces, and anywhere open to members of the public in which physical distancing cannot be observed.

Luc Duquesnel, GP in Mayenne and president of GP union CSMF (Confédération des Syndicats Médicaux Français) said: "It is a race against the clock; we are not managing to contain the spread of the virus."