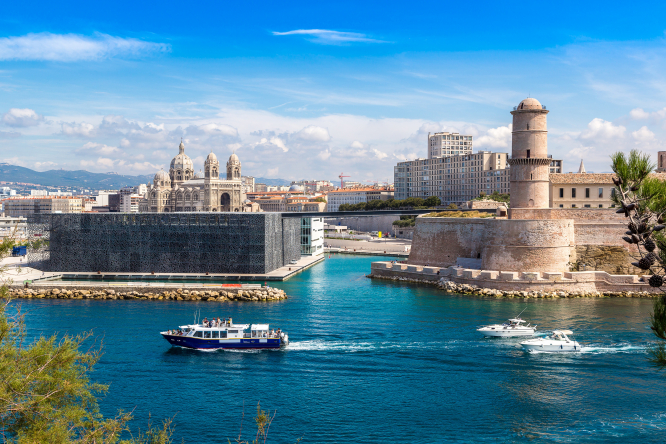 Marseille is a port city in the south of France, and is the second most populous city in the country after Paris Pic: S-F / Shutterstock

France’s President Emmanuel Macron is on a three-day trip to Marseille this week and will present an urgent plan for the city to combat crime, violence and poverty, as well as to financially support schools.

The president’s trip has been spurred by an increase in gang killings and drug-related murder there in the past year. These issues have stemmed from growing social problems, most notably in the city’s northern suburbs.

This has given Marseille, France’s second most populous city, the reputation of being dangerous and unwelcoming and it regularly features negatively in the news.

But there is much more to the city, people who have chosen to make it their home told The Connexion.

Mary Fitzgerald is a writer and researcher specialising in Libya and wider the Euro-Mediterranean area and had been visiting Marseille for around 20 years before finally buying a place there in 2018.

“Marseille's challenges are well known and they have long shaped perceptions of the city,” Ms Fitzgerald said.

“I'm always struck by how many people imagine Marseille in a certain way - very often negative - before they visit, only to discover how much they like the city when they spend time here.

“I think there has been a generational change in the way people view Marseille. Younger people from France and other countries tend to embrace its diversity and difference more than older generations, seeing these as strengths that give the city potential in a more globalised world.”

Alexis Steinman, 44, is a food writer from the US who moved to Marseille in 2017, and she said Marseille is an incredible city to live in.

“I was seduced by the city in 2016 when passing through,” she said.

“After spending a week researching an article about the culinary scene I was hooked. And, when I learned about a freelancer visa that allows Americans to live and work here, I took the plunge.”

She said she is happy that President Macron is visiting Marseille now, and hopes that the government will deliver on its promise of financial support for the city’s schools.

She said his visit will also put a spotlight on the city in the media, but wishes there would be more positive coverage for the city.

“Frustratingly, the media is focused on the salubrious rather than using the momentum to showcase the interesting things happening here,” she said.

“This is an incredible city with so much good - even if it gets drowned out by the negative narrative.

“The great diversity in people, neighbourhoods, topography and cultures and there is the rich heritage as a vibrant port city.

“[There is also] the breathtaking, rugged landscape, the laidback southern vibe, the connection to the Mediterranean and the entrepreneurs, artists, and community organisations that are infusing the city with dynamic energy.”

Thomas Baseley, 35, who works for a company called New Oxatis that builds e-commerce websites, has been living in Marseille since 2011.

He moved from the UK to be with his girlfriend, who is from Marseille.

“We now have a child and a cat. I can't see myself ever moving anywhere else,” he said.

He said that the negative coverage of Marseille in the press is unfair, and that it is a city with problems, “like any other large city”.

“Many of the problems Marseille faces are France's problems. Issues with integration, lack of transport, high unemployment, prejudice, insecurity.

“Marseille can't be summed up in a sentence. It's complex, colourful and intoxicating.

“It's unashamedly working class and brash, but with a population that is warm and welcoming.

“The culture and history of the city runs through the DNA of everyone here. All of that, framed with an electric blue sky, turquoise waters and limestone cliffs.

“People here don't care about flashy money or bling bling. Anyone can buy a bottle of rosé, meet their friends on the seafront on any evening and watch the sun go down.”

Mr Baseley said he would strongly recommend Marseille to people considering moving there.

“It is an attractive city that offers culture, good lifestyle and nature,” he said.

“The striking contrasts, diversity, heritage, climate and landscape makes it an irresistible mix. And, it is less expensive than other cities in France,” she said.

“Marseille isn't for everyone  - you either love it or hate it. Or love to hate it. As you can probably tell from my enthusiasm, I love it.”