Brexit card application was refused: How can I extend time in France? 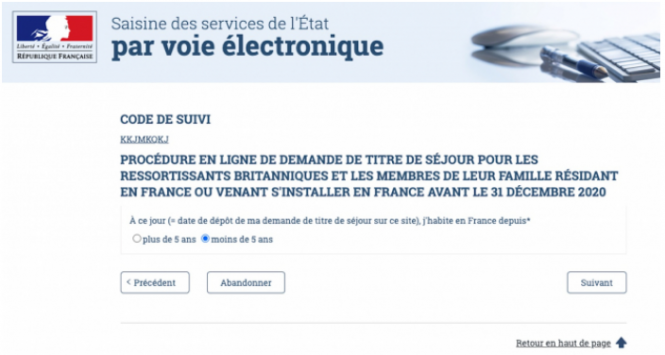 Reader query: My application for a Brexit Withdrawal Agreement (WA) residency permit was refused by the prefecture as my home is a ‘secondary residence’. Last year I spent 35 weeks in France and would like to spend more time than the 180 days per annum now permitted. I am 79. Short of selling my English home, is there anything I can do to extend my time in France?

From the details you give, we presume that your French home has remained registered with the tax office as a second, not main, home and this caused the issue with the prefecture.

Brexit WA cards are for people who moved to France to live there as their main home prior to December 31, 2021, and who wish to go on living in France.

If you feel that your French property was in fact your main home and you had ‘moved’ by December 31, then you should have notified the change of status of the property to your local tax office so, for example you can benefit from reduced (or no) taxe d’habitation this year and potential reductions on taxe foncière.

You should also have made an income tax declaration to France this spring of worldwide income in 2020 (or from whatever date you consider you moved to France, if this was during 2020).

If you did not do either of these, in error, we suggest contacting the local tax office with regard to your property taxes, and making a late tax declaration for 2020 income (there is likely to be a tax surcharge for late declaration). You may find our income tax helpguide useful.

If you think the refusal was wrong

One option for you is to appeal the prefecture’s decision with evidence that you were in fact established in France as your home in 2020, for example your avis d’impôt income tax form which you should by now have received if you declared this year; evidence that you in fact spent most of last year in France, such as your utility bills showing usage, etc.

There are three avenues for this, but all of them should be done in the two months following your receiving a refusal letter. If you have received a formal letter it should have alerted you to your rights.

Recours gracieux – a letter to the prefect, asking them to reconsider the decision, or

Recours hiérarchique – a letter to the prefect’s superiors, ie. the French Interior Ministry

See here for a French government website with more details of how to do this and see this website for suggested wording from French rights body Gisti. Letters should be sent via registered post (lettre recommandée avec avis de réception).

Recours contentieux – take the prefecture to the tribunal administratif court, with help from an avocat (lawyer).

As the timings for all of these run in parallel, if you are refused and believe the decision is wrong it is best to contact an avocat (lawyer) dealing with immigration and with expertise in helping with matters related to the Brexit Withdrawal Agreement, for advice.

You may also be able to obtain English-speaking help from the appropriate UK Nationals Support Fund body for your area of France, however they will not be able to help from October 15.

Article 27 of the French decree of November 2020 on Britons’ rights states that Britons relying on the WA agreement retain their rights to live in France pending appeal decisions.

If you accept the refusal

If you do not plan to appeal the refusal but in future want to spend more than 90 days in any rolling 180-day period in France while retaining your main home in the UK then your main option is the visa de long-séjour temporaire.

This is a visa for a stay of up to six months, which you can obtain from the French consular services in the UK. It can be combined with the ordinary 90-day rules.

See these previous articles for more on understanding the 90-day rule and the temporary short-term visa.

For a retiree, this would require proof of income of around the level of the net French minimum wage of €15,096/year (substantial savings can also help if you do not have this exact amount).

It would need to be renewed annually at the prefecture, at least for the first five years. After this there is a possibility of obtaining a 10-year card.