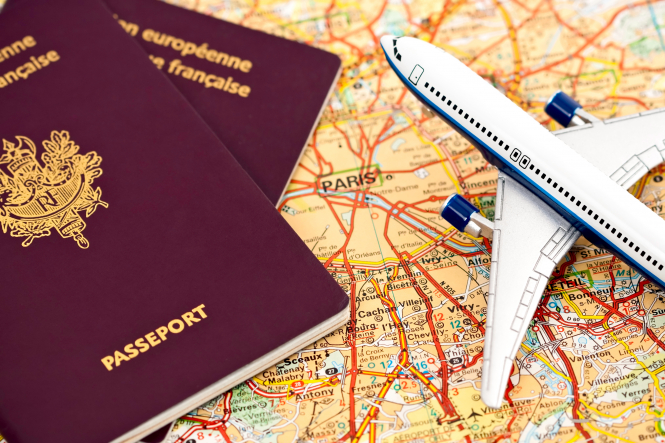 Non-EU spouses or partners of EU citizens also cannot stay in France with them for longer than three months with no formalities Pic: infografick / Shutterstock

I am British and my husband is Irish, can I spend longer than 90 dans in France with him?

The usual rule for non-EU visitors to France, such as Britons as of 2021, is they cannot stay more than 90 days in any rolling 180-day period. This is checked by passport stamps.

If they wish, however, they can apply to the consular service in the UK for a temporary short-stay visa so as to stay for up to six months.

Read more: A guide to the temporary long-stay visa

Unfortunately, non-EU spouses or partners of EU citizens also cannot stay in France with them for longer than three months with no formalities. However the formalities are lighter compared to other non-EU visitors due to EU free movement rules.

How does EU law help?

EU law gives a foreign (eg. British in your cases) spouse or other close foreign family members of an EU citizen the right to come to France visa-free with them, whether for a temporary stay of more than three months or a change of country.

However states may require the non-EU spouse to obtain a residency card to benefit from this right, and this is the case in France.

Note that, while this is not systematically checked or enforced by France, EU citizens living in France (other than French people) are themselves in theory only allowed to stay on for more than three months under certain conditions, notably that they have healthcare cover and are working or self-supporting. This is based on EU law and applies whether or not they intend to permanently 'move' to France or just to have an extended visit.

With regard to healthcare, British Ehics or Ghics (or other national EU state equivalent) are acceptable while in France where someone is not intending to become a permanent full-time resident.

What are the formalities to stay on?

As outlined, EU citizens are also entitled to have their spouse, civil or long-term unofficial partner with them in France for stays longer than three months.

However in this case a residency card application by the non-EU citizen is required in France, including documents proving the relationship (eg. marriage certificate and copy of the EU citizen’s passport) and the legal residence status of their EU-nationality partner (evidence of their healthcare cover and ability to support themselves etc as mentioned above).

The card is valid for five years or the planned length of time of the EU citizens’ stay.

There is no need for the British person in this case to have previously applied for a visa from the French consular services in the UK.

They can go to France with the EU partner but if the couple are staying on more than three months an application should be made within the first three months for a carte de séjour de membre de famille de citoyen de l’Union (residency card for family member of an EU citizen).

What do I do to apply for the card?

Applying for the EU citizen’s family member’s card will usually have to be done by taking in in person required supporting documents to the local prefecture. You can find its details via its website or at this website, which also gives the documents required.

Many prefectures now have an initial online procedure to obtain the correct forms and further information about their application process.

After submitting your documents to the prefecture, you should obtain a récépissé (receipt) form to show you applied and the dossier is being processed. Official French government websites say the card will be issued within six months’ maximum, so it is possible you could still be waiting when you return, though the récépissé would be proof you had applied according to the rules.

The card is suitable for spouses, civil partners and other long-term partners, however in the case of civil partners, evidence is required of having lived together at least over the previous year, or five years for other unofficial partners.

Note that usually Britons wishing to stay in France more than three months with a French (as opposed to other EU nationality) partner, should apply for a one-year long-stay visa (free, and with simplified formalities, and to be validated online without three months of arrival) and then two months before it expires, for the carte de séjour vie privée et familiale. The Connexion was previously told by an official, however that the same rules as for coming with another (non-French) EU citizen could apply if the French person was returning after exercising their EU free movement rights. We are double checking the latter point.

Second home owners: Can I alternative two months in France and UK?

How does 90-day rule work for non-EU parts of Europe?