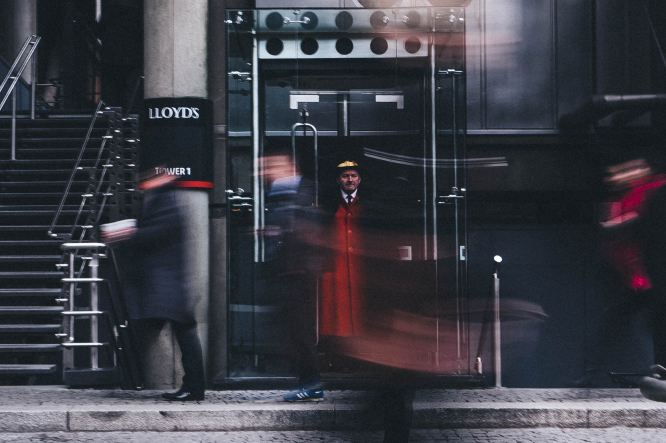 Two British banks say they will have to close the accounts of Britons in France due to the complexities and costs of continuing services post-Brexit from January 1 – unless an increasingly unlikely last-minute deal is reached. Barclay­card has already told clients living in the EU it is cancelling cards by November 16.

What has prompted this?

The move is prompted by the lack of a ‘passporting’ agreement between the UK and EU in the continuing talks and the UK’s looming deadline of October 15 to reach one. Tens of thousands of British residents have retained a UK account to use, in many cases, to receive a pension or other UK-sourced income. Without a UK-EU agreement in place, there is no replacement for EU financial passporting, the mechanism under which UK banks can operate cross-border. The banks are left to decide if they have – or want to obtain – the right to continue work with individual EU countries

Private bank Coutts, part of the NatWest Group, was the first to announce it faces no longer offering services to EU-based customers, as reported in our September edition. Major UK banks are now reviewing whether to close accounts or limit certain services although some say they have no current plans for changes. Barclays has told The Connexion its products are solely designed for UK residents.

Professor Peter Hahn, visiting lecturer and former dean of the London School of Banking and Finance, said: “The situation is fluid. The possibility of your bank providing an account to a client in another country could go in a flash.” He could give no assurance that solutions will be found for everyone, as he said banks will look at profitability. “The reality is the system will find a way to meet the needs of those who can afford to pay. If you represent an opportunity, some banks may decide it is worth dealing with your situation, but that’s a big question.”

What are The Connexion readers saying?

Readers have told Connexion they value the accounts for receiving certain private pensions and government service pensions. Several say they have been told these must be paid into a UK bank account. The Association of British Insurers previously told Connexion that major private pension providers were able to pay into French accounts and had made arrangements to continue, but it advised people to check with their providers.

Other readers say they use a UK account to receive UK rental income, pay for gifts for UK family or want a sterling account for UK visits. Others say they need one to pay into a child’s trust fund or to pay life assurance premiums. British financial sector body UK Finance said the industry has been working hard to prepare for Brexit and, where possible, firms want to keep providing banking services to customers living in the EEA after the transition period. It said: “The impact on each customer will vary, depending on the operating model of their bank or provider, the product or service, and the legal and regulatory framework of the country where they live. Impacted customers should be contacted and informed of any actions they need to take.”

Barclaycard stops its cards in France...what are other banks planning?

Within the EU single market, there is currently a simple, unified regulatory system. Prof Hahn said: “Pass­porting means a UK bank can deal with a client in France as if they were in the UK, but once the UK isn’t in the EU, that doesn’t work.” Full details of regulations France will apply to UK banks next year remain unclear, with discussions between the Banque de France and the UK ongoing. Those in the industry hope France will not be one of the more problematic countries.

Depending on each EU country, it is possible the situation will be more restrictive on certain services, such as holding a current account or credit cards and mortgages. Factors affecting decisions include the way in which the bank is structured and how much risk it may assume if it maintains accounts but later encounters difficulties with French regulations. Discussions with French regulators may help it decide. We asked banks about their plans.

Barclays considers its products are designed for UK customers and is reviewing the services it offers to clients in the EU. Timings of possible account closures will vary depending on the products the client holds but notice will always be given. Cancellation of Barclaycards do not directly affect other services, such as current accounts and Barclays debit cards.

Lloyds Banking Group, which includes Halifax and Bank of Scotland, is reported to be looking to close accounts in several EU countries and does not plan to stop any services or close any accounts for personal banking customers in France.

HSBC is said to be well-positioned to support customers throughout Europe after the transition period and there are no changes for EU residents.

NatWest Group (including Royal Bank of Scotland) did not respond to requests for information.

French inheritance law and wills: How to leave money to charities

It is not expected that the UK will retain the EU rule on the right to open a ‘basic account’ while living in another country in the EU, partly as it could not count on reciprocal action. Reader Liz Roundhill, from Vendée, said: “I called Barclays and they said that unless there’s an agreement, all EEA accounts would be closed by the end of the year. My current and savings accounts will no longer be available after my 50 years of having them. They offered me an international account requiring a £25,000 deposit. If this isn’t maintained over any four-month period, then charges of currently £20 per month, rising to £40 per month in the future, would apply.”

Prof Hahn said even before Brexit – apart from ‘international’ products or bare-bones ‘basic’ accounts – UK banks have been increasingly unwilling to allow non-residents to open accounts, though many have been more flexible in allowing customers to maintain an account on moving within the EU. He said this is because the government has been increasingly diligent on tracking potential tax revenue from, Britons based overseas. This means banks could be asked to give information on the source of customers’ incomes which could be challenging if they live abroad.

“A bank will ask itself: ‘what’s the price to us of having to report all this information?’ “If you have to work out if you are providing the right information to the French and the UK – and you have 10million accounts with 30,000 in France, is this potential liability worth it? Do you want to develop the IT systems to do this, even if it is possible?”

It will still be possible to use a UK credit or debit card in France – though shops may increase charges for using them – and to make Sepa trans­fers under the same terms between British and French bank accounts. The Financial Services Com­pen­sation Scheme said Britons with UK accounts will benefit from the same guarantees in the case of a bank failing. They will also maintain a right to complain to the Finan­cial Ombudsman, the ser­vice said. If they feel mistreated over account closures, they may complain as soon as they are notified of them. The Ombudsman will decide, free of charge, if the bank acted fairly and reasonably.

Got questions about Brexit and how it will affect Britons in France? Buy our help guide here