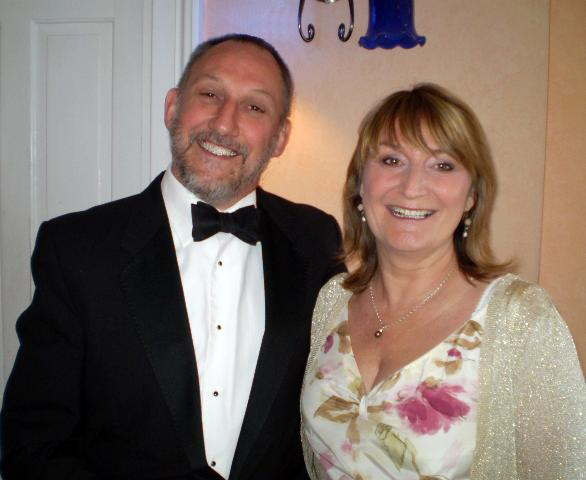 The UK has said it will refuse any request to extend the Brexit transition period beyond December 31 even if the EU wants that to happen.

This means that – as it stands – the UK will fully leave the EU’s Single Market and Customs Union by January 1, 2021.

This is also the cut-off for Britons to have established French residency to benefit from the Brexit Withdrawal Agreement (WA) deal and obtain a new residents’ card.

The WA came into force after the UK left the EU on January 31, and one of its sections allowed for the current transition period.

During this year, the UK temporarily keeps most of the benefits of EU membership and Britons can still move over and establish the right to maintain many rights of an EU citizen, with limited exceptions such as voting or standing in French local elections.

Britons wanting to stay long term in France and benefit from the WA will have to apply for new “Brexit deal” residency cards. A new French website is due to open for applications in July.

The final cut-off to apply will be six months after the transition ends, but it is advisable to apply sooner rather than later.

Those wishing to benefit will have to show they have made their main home in France.

Anyone moving after the transition period will be treated as “third country citizens”, meaning stricter residency requirements and formalities.

UK Brexit negotiator David Frost announced on Twitter: “We will not ask to extend it [the transition period]. If the EU asks, we will say no.”

Commentators had been speculating that the UK might leave the ball in the EU’s court as British MPs passed a law earlier this year saying the UK could not ask for an extension.

A key part of the transition is the UK/EU talks about a “future relationship” deal, avoiding a hard crash-out after the period ends. The deadline for this is, in reality, around the end of October as the European Parliament, and possibly national parliaments, must ratify it.

The transition may be extended by up to one or two years by mutual agreement by July 1 at the latest.

A spokeswoman for the British Embassy in Paris said: “The WA is a legally binding treaty.

“UK nationals who are legally resident in France by the end of the transition period will be able to stay.

“From January 1, 2021, UK nationals will still be able to apply for residency but they will follow processes set out for other third-country nationals, such as Canadians or Australians.

“We would encourage UK nationals who plan to take up residence in France this year to ensure they are legally resident and have supporting evidence ready.

“This could include, for example, a signed rental contract or mortgage, or holding a French bank account. But, as this is a decision for the French authorities, we are waiting for them to confirm exactly what proof will be necessary.

“We can expect to know more about the required supporting documents before July.

“The WA commits France to asking only for minimal documents, and not more than they currently ask for EU citizens [in the case where the latter voluntarily apply for an optional “EU citizen” residency card].”

A spokeswoman for the DGEF, the Interior Ministry’s foreign people’s residency section, said it hopes to maintain the timetable for the new website opening, despite the Covid-19 crisis and reduced civil service staff, though that could change if confinement is significantly extended.

The section is finalising the documents required.

She said: “We would like to reassure Britons that we won’t make extraordinary demands.

“We’ll do the maximum to make it simple and to be favourable when it comes to issues such as income.

“We will ask prefectures to be flexible and will run training days. Exceptions will probably relate to security issues and be very rare, such as the extreme case of a suspected terrorist.”

She said any Britons with EU cards that expired during the confinement period will have benefited from a three-month extension, as for third-country citizen residency cards.

However, she said it will not make a difference when you apply for a Brexit deal card if a previous EU card is still in its validity period or not.

There has been speculation about whether non-British people who have lived in the UK and will need in future to benefit from some dispositions of the WA – such as uprated UK state pensions – will need a Brexit deal card.

The spokeswoman said the new cards would not be issued to anyone without British nationality – though applicants could have another nationality as well.

She said it will be up to the UK to decide what proof it needs to maintain any benefits for non-Britons, but it will not be a Brexit deal card.

She added that it is hoped that agreements will be reached in the “future relationship” talks about pension uprating and healthcare rights for future newcomers to France.

We fear not being able to establish French residency

Readers have expressed concerns about establishing residency in France in time to benefit from the Brexit WA deal.

Paul Roberts, 66, a retired further education worker from the Pyrénées-Orientales, is a French resident but his wife Di, 62, has had to put off plans for early retirement to join him.

Due to Covid-19, the college where she is the principal has temporarily cancelled recruitment for a successor.

The couple have been worried that she might miss the benefits of the WA and be treated as a third-country citizen.

They have also been worried about her healthcare entitlements.

Mr Roberts said: “We bought the house 15 years ago with a long-term plan to retire there, which was never going to be a problem as Europeans – we would move and carry on as usual. But Brexit changed all that.”

As a result, he made sure to take retirement and move before Brexit day. He obtained a Carte Vitale and carte de séjour, and registered with the tax office. “Some people buried their heads in the sand but I wanted to be more logical. It’s extremely concerning to be able to continue our lives and have legitimacy.

“Now Covid has complicated our lives on top of Brexit.”

The WA deal should help in this case, as it says existing spouses of Britons who can benefit from the deal also benefit, even if they join them after the transition period. As for health­care, since the UK pays for Mr Roberts’ healthcare as a UK state pensioner, which will be maintained by the deal, his wife should have the right to benefit as his dependent.

Reader Chris Kenwood, from Berkshire, wrote to say he and his wife have been looking for the right French property for a year and think they have found it, but have not yet sold their UK home.

He said: “This pandemic has put the cat among the pigeons, and with Britain still saying there will be no change to the deadline date, if we only manage to sell our house, say, in October, we would still have to finalise buying a property in France, which could take several months.

“If we were not completed with the purchase when Brexit really hits, how would it affect our chances of settling?”

There is no official “leeway” in the treaty for cases like this, so one solution could be to rent, with an official rental contract, in France. Then you would have a foothold before December 31.