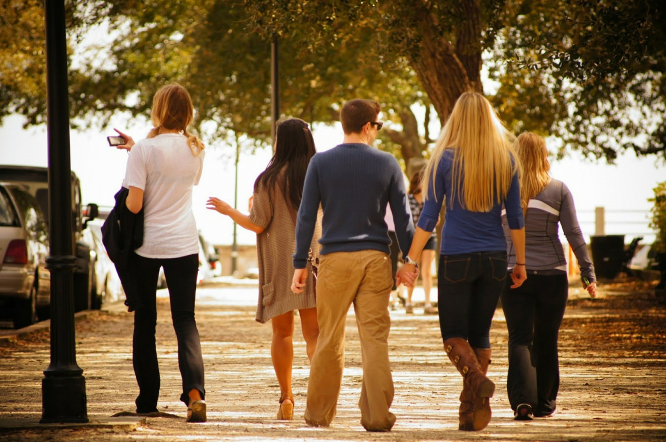 Brexpats Hear Our Voice (BHOV) is calling for more awareness of the identities and needs of Britons abroad – and it aims to bust some of the myths surrounding them.

A report based on the views of members questions whether it is true that, as promised during the Brexit negotiations, they can still “live their lives broadly as before”. It is also calling for action, including votes for life for those moving abroad – which UK governments have promised but not yet delivered – and MPs for Britons living overseas.

The report, on ‘Life after the end of transition’, by Clarissa Killwick from Italy, finds that the claim of living lives “broadly as before” does not match reality for most members – of which British residents in France make up the largest group.

Only one member reported “no practical changes so far”, but for the rest “almost without exception, their lives are affected detrimentally”.

The loss of UK voting rights after 15 years away is still a source of anger, and loss of local and European voting rights after Brexit means many have no vote anywhere. Some had to stand down as councillors. For some, changes have been more drastic.

One, in France, said: “I’ve been forced to close my company, built up over 20 years, as, without freedom of movement, it’s simply not viable any more. Our life as we knew it has been devastated.”

Problems were reported with importing from the UK. Others said they worry their children will never be able to join them or they will not meet the means tests that will be required to return to the UK with EU-nationality husbands or wives.

Others worry about lost educational opportunities with the end of the UK’s participation in Erasmus or increased costs for Britons paying international fees in EU universities.

Older people also spoke of dashed hopes – one had planned to move from the Netherlands to a warmer part of Europe in later life, and another said their “dream to move back to France on retirement will now be more complicated”.

Devaluation of the pound, costly and complex processes for national citizenship, and the loss of “extra” time on British passports when they are renewed were other concerns.

BHOV founder Debbie Williams, from Spain, compiled a second recent report on “Identity and belonging”, which looks at the question of 'Who are the British living outside the UK?'.

She said aimed to change negative stereotypes of Britons abroad and “find out why we haven’t been able to get our voices heard”.

“The British government is missing out on something here, because of the soft diplomatic power we hold.”

Another objective was to challenge stereotypes which exist within the expatriate community.

“We managed to change some people’s minds about that. For example, we asked about foods people take over from their country of origin and one guy in France said ‘I don’t bring anything, I’m totally integrated in France’.

“Well, that’s good, but actually you are playing this ‘good versus bad migrant’ game. One, in Spain, said ‘bringing British tea is ridiculous’.

“But if your Spanish husband moved somewhere else, would you not bring some Spanish food with you? There’s nothing wrong with it.”

She added that ability to integrate easily can depend on many factors: “It’s down to personal circumstances, mental health and moving around – most people in our group have moved around multiple times.”

Britons were accused of living in ‘ghettos’, but she said some Britons’ choice to live near “members of their tribe” was no different from the French in Kensington.

“We’re also seen as drinking cocktails on the beach - well, so what if people are? That’s not all that we are.”

It is not true that Britons abroad are all wealthy, though “it may go back to that in the future”, she said.

A section on languages came as a shock: “We found members speak 105 languages and dialects.

Most were fluent in another language or had a good working knowledge of it.”

Brexit: Au pairs from France will not be sent to UK in 2021

7 hours ago
3
French farmhouse renovation: DIY tricks to get rid of rats