Cookie Consent by FreePrivacyPolicy.com How can a Brexit deal (if done) be ratified in two weeks? French News and Views in English | The Connexion
18 may 2021
Classifieds Currency exchange Newsletter
Login Register BASKET
Facebook Twitter

How can a Brexit deal (if done) be ratified in two weeks? 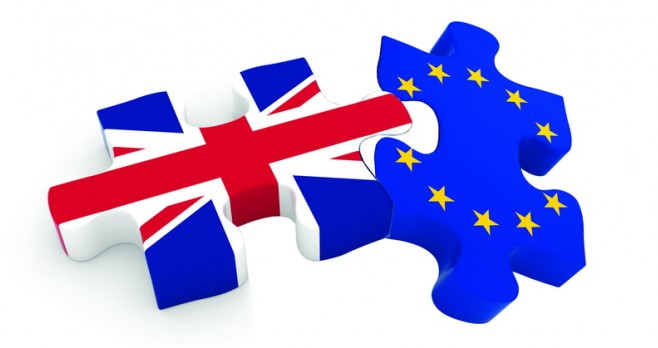 European authorities are gearing up for a fast-track ratification process in the case of a last-minute Brexit deal, EU sources told The Connexion this morning.

Despite that fact that it was originally hoped that there would be two months for the ratification of a deal – now likely to be reduced to two weeks or less – officials say it is still possible.

However some MEPs have expressed frustration over being obliged to rush the process of scrutinising the deal.

Irresponsible and bitter. How can citizens and businesses 18 days before end of the transition period be subjected to this uncertainty?Furthermore secret negotiations far from any democratic control.Serious ratification is becoming increasingly impossible.Unworthy game #BREXIT https://t.co/TVsPZuSDp0

It comes as the European Commission President Ursula von der Leyen said yesterday she had a “constructive and useful phone call” with UK Prime Minister Boris Johnson, and they agreed to “go the extra mile” and instruct their negotiating teams to resume talks.

No new deadline has been set, however there is a looming, fixed, deadline – January 1, by which the deal is supposed to have been agreed, a final text drafted, checked and translated into the official EU languages, and then ratified by the British parliament and several key EU authorities.

As we explained previously, it will notably have to be accepted, unanimously, by all the EU governments.

A spokesman for the European Commission confirmed that teams of lawyers and translators are at hand for what would have to be a “very flexible, fast process”.

The last summit of European leaders of this year was held last week, and if a deal had been ready they would have been expected to discuss it and give their views.

However a spokeswoman for the European Parliament said that their involvement in the final stages is not essential as a matter of legal procedure.

She said if a deal is reached in coming days the European Parliament and the Council of the European Union (national government representatives, in this case foreign affairs ministers) are the key bodies on the EU side.

The council must unanimously agree to it, which it can decide to do remotely by a written procedure, and the parliament must ‘assent’ to it.

The spokeswoman said as soon as a deal was agreed both bodies would immediately start to scrutinise it on the basis of a provisional text, while waiting for the council to refer a clean and translated text to the European Parliament for its consent.

Relevant committees of the parliament, notably foreign affairs and trade, will vote on the text, followed by a vote of the full (plenary) parliament, which can be done remotely, electronically.

The parliament will also adopt a resolution setting out its views on the agreement.

It then goes back to the council for a formal signature.

The spokeswoman said that in order to mitigate consequences of a possible no-deal the parliament will vote this week on contingency measures proposed by the European Commission last week.

On the UK side very fast procedures would also be required.

The government may have to employ emergency rules allowing ministers to bypass the British parliament in terms of ratifying the deal.

MPs would however have to vote as a matter of urgency on a, probably brief, bill giving the agreement effect in UK law.

The Financial Times reports that MPs have been put on notice to be ready in the week before Christmas.