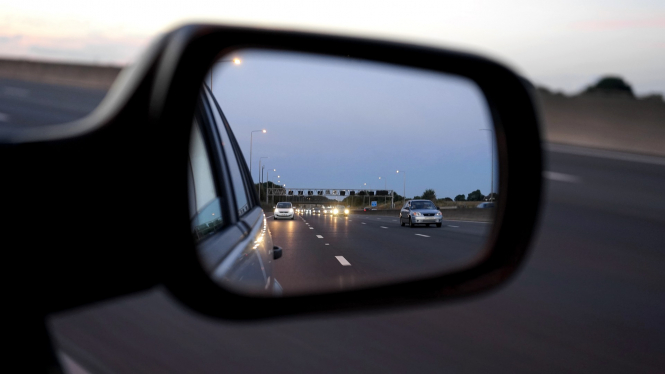 The problems of British drivers being left unable to drive in France as there is currently no way for them to swap a UK licence for a French one are grounds for legal action, says a French lawyer.

Julien Fouchet says the situation breaks the rules on equal treatment of Britons in the Brexit Withdrawal Agreement deal.

He said if any Britons have evidence of refusal to exchange their UK licence this year, he is willing to take a pro bono case to the French courts on their behalf. Evidence could perhaps include a refusal email generated by an attempt to exchange on the ants.gouv.fr website, or a screenshot of such a refusal on the site.

He also hopes such a case could bolster one due to be heard in the European Court of Justice (ECJ) later this year, which seeks to win back EU citizenship rights for Britons facing negative consequences from Brexit. If he wins the latter, Mr Fouchet believes this could effectively mean that the UK licences of those affected are again valid until expiry and exchangeable in the EU as was previously the position.

In our poll concerning this in yesterday’s newsletter 69 readers stated they cannot now drive legally in France as their UK licence has expired and they are unable to swap them for a French licence. Nor can an expired UK licence be renewed if resident in France.

A further 166 readers stated that they are concerned because they are driving on UK licences which France states are invalid after the end of the year. Another 26 readers who moved to France this year are worried that their UK licence will become invalid 12 months after their moving date due to the current French rules on this.

The UK has made agreements on driving licences with all EU states apart from France, Italy and Spain, allowing their exchange for the countries’ national licences and in some cases Britons already driving in the EU with UK licences may continue doing so until the licence expires.

The problem arose from January 1, 2021 as normally France does not permit ‘third country’ licences to be used for more than one year after arrival in France and France usually only exchanges licences issued by third countries with whom it has a specific agreement on driving licence exchange. This is not yet in place with the UK.

The UK has continued its pre-Brexit position of allowing EU residents in the UK either to exchange their licence for a UK licence or to continue using them if valid / until the driver reaches the age of 70.

Franco-British talks on a mutual agreement over rules moving forward are known to have started by mid-March, but there is no news yet on what progress is being made.

Mr Fouchet of Cornille-Fouchet-Manetti avocats in Bordeaux and Paris said: “I think this is linked to the ongoing issues with fishing and Northern Ireland; it’s damaging. The French European Affairs Minister has said that the UK is not respecting the Withdrawal Agreement. I believe the talks are progressing slowly because diplomatic relations are poor.

“It would surprise me if the delay was due to technical reasons, there is nothing particularly complicated about it.”

Mr Fouchet described the situation for those affected who are thus unable to drive as catastrophic and added: “I believe France is breaking article 12 of the Withdrawal Agreement on non-discrimination against UK nationals.

“It is similar to article 18 of the Treaty on the Functioning of the EU which relates to discrimination on the basis of nationality.”

Mr Fouchet hopes an agreement is reached before the end of the year, but in the meantime he is willing to take a case free of charge if any Briton is interested (let us know via news@connexionfrance.com and we will pass on emails). He believes the likely result of this would be the French court forwarding a question to the ECJ.

MP Sir Roger Gale who has been discussing the issue with UK transport ministers, passed a response from Transport Minister Grant Shapps to The Connexion in which Mr Shapps stated that the (UK) government is “committed to establishing reciprocal arrangements with France that facilitate private motoring with a minimum of bureaucracy” and is “working with the French government to finalise the long-term arrangements.” He added that interim rules on the use of valid UK licences in France until the end of the year (or 12 months for newcomers) have been agreed.

The UK government is aware that this is causing difficulty for a number of UK nationals resident in France whose licences have expired, he said, and that the government is working closely with the French to find a solution to this.

Sir Roger said he will continue to work on the issue.

A British embassy spokesman said: “We know first-hand that this is of great interest to our nationals, and we remain in regular contact with the French ministries on the issue. We are keen to provide clarity, and soon as we get some, we’ll share that information.”

Are we allowed to leave our caravan parked on our land in France?
2 June 2021
More from Brexit
More from Connexion
Get news, views and information from France
Join the newsletter
Subscribe to The Connexion