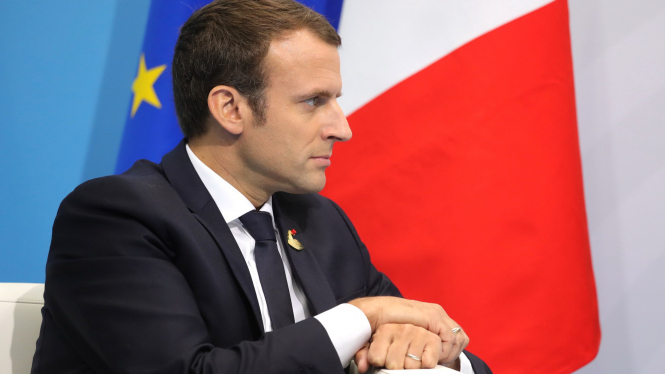 “The time of clarity has come,” he told journalists at a press conference following a European Council summit in Brussels. “I welcome this clarification.”

However he said the EU will defend its common interests when the ‘future relationship’ negotiations start next year.

The EU and its negotiator Michel Barnier will set out negotiating objectives for the next round of talks in February, he said.

These will focus notably on what is the EU considers fair, for example on trading rules, fishing and security.

We must now build our common future “responsibly,” Mr Macron said. “I want to tell our British friends: you have confirmed the decision taken three years ago by this general election result, but you are not leaving Europe. You remain at our sides and we remain at yours.

“Our history, geography and values bind us together beyond the twists and turns and difficulties or disappointments.

“France is ardently attached to this relationship, forged by the battles of our shared history.”

Asked if he is concerned that the UK could pose unfair competition to the EU, he said: “I hope the UK remains a friendly country and ally and a very close partner. The condition for that is that we manage to define the conditions of this relationship and all the elements of regulatory alignment and a level playing field.

“In the different sectors of the market we need regulations that are compatible, that fit together.

“If we don’t have that, we can’t conclude an ambitious trade deal.

“Because otherwise the EU would find itself accepting a ‘dumping’ situation at our border: in all respects, social, environmental, safety… It’s not possible and would be bad for all of us.

“We don’t want the UK to be an unfair competition, so that’s the whole task that lies before us.”

He added: “My message to the British is that the more fair we are towards each other, the more our relationship can be integrated.

“But don’t think that you can have a strong commercial relationship and maximum access to the EU single market, with substantial differences in regulations on safety, the climate, and economic and social affairs.”

However he stressed again that an “ambitious” trade deal needed “ambitious” agreement on alignment of rules.

“The more they want to diverge from the EU model they are leaving, the more they will create distance from us.

“It’s quite simple for the British because they are starting from the same place as us.

“It can go very fast if they say ‘basically, we want to change very little’, it’s up to them. Perhaps we should be hopeful about this.”

Mr Macron noted that Brexit will leave France as the only nuclear power and UN Security Council member in the EU.

“That gives us a particular place, responsibility, legitimacy,” he said.

He said France will work to strengthen the sovereignty of the EU as a power in the world.

In recent years the EU had tended to become just a “market”, and it needed to rediscover a political project that the people of Europe can get behind, he said.

Reflections on EU reform must continue, he said, including whether it is judicious to add new countries or whether this would just make its functioning more cumbersome.

At the same time he hoped France retained “a very particular, very special link with the British.”

It would notably maintain, and hope to develop, existing agreements on defence cooperation and global politics that are nothing to do with the European Union.