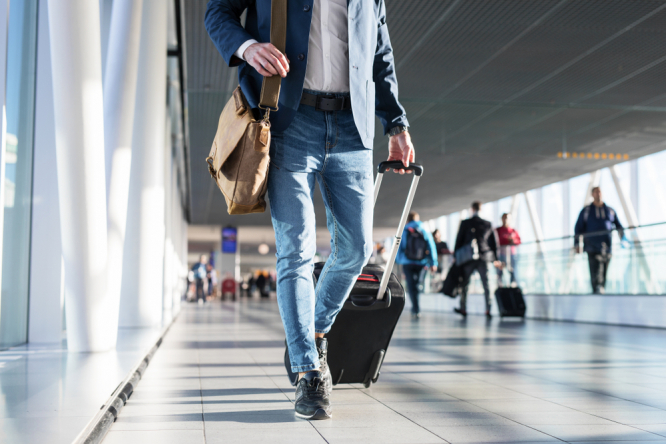 A Connexion reader has spoken of his anger after facing repeated new UK Covid travel rule complications in the course of a few days – meaning he will still have to quarantine despite being ‘fully vaccinated’ twice in France.

Brian Hancill, 65, said he felt like he had walked into a booby trap after he arranged an additional vaccination on learning that the UK will not accept visitors with a single jab plus Covid recovery as ‘fully-jabbed’ – as France does – only to then discover that as he had a different vaccine the second time he still falls foul of new UK rules.

France considers a person ‘fully vaccinated’ with one shot if they have had Covid and also if they have two vaccinations but with different vaccine doses.

Mr Hancill, from Paris, has been following our reports of ongoing complications for some Britons in France despite the fact France was ‘upgraded’ to the UK’s ‘amber list’ over a week ago.

Amber listing means ‘fully-vaccinated’ people can go to the country without quarantine, and only a Covid test on ‘day two’ after arrival instead of an additional ‘day eight’ test plus a third on day five if you want to be released ‘early’ from quarantine.

However, as we reported 10 days ago, it turned out that the UK, unlike France, will not recognise those having had Covid plus one jab as ‘fully-vaccinated’. It insists on a second jab.

A solution was suggested one week ago after French authorities confirmed they would permit those travelling to the UK to have an additional jab.

Mr Hancill, vaccinated once with AstraZeneca vaccine, arranged another jab on Tuesday last week, August 10, only to be told the provider he had used was not giving that vaccine any more.

“So I accepted Moderna, not knowing mixed doses were about to be ruled out by the UK,” he said.

Mr Hancill, who works from home part-time as a print sub-editor for UK publications, said: “After having had the second vaccination because of one regulation, being given Moderna, and then only two days later finding out you can’t have mixed vaccines – I was just really, really angry about it.

“On some forums people are saying it’s anti-EU spite, because Boris hates Macron. I don’t discount the possibility, but I think it’s more likely to be blundering incompetence.

“It felt as if they were persecuting me personally.”

He added: “My intention since moving to France had been to spend about a week a month in the UK. I have an 86-year-old mother there, a brother and sister and children and grandchildren – including a new grandson who I saw in May for the first time when I was last in the UK and who I really want to see again.

“I’m not forbidden to go back to England, but have the inconvenience of quarantine and having to pay over-inflated test prices.

“You really need four tests now: Including an antigen one to get back from France, and a day five test if you want to be able to leave quarantine after five days – in total it cost me over £350 last time.”

He said he will go back in September despite the difficulties and expense.

He added: “I must have antibodies coming out of my ears by now but I can see me having to get a second AstraZeneca injection in the UK or else have to quarantine and buy rip-off tests for ever more. My French partner, who has had two Pfiizer jabs and has not had Covid, can now visit the UK more easily.”

Why some ‘fully-jabbed’ visitors to UK must still quarantine

Covid: Rules for travel to and from France