Brittany Ferries safe, for the next year at least 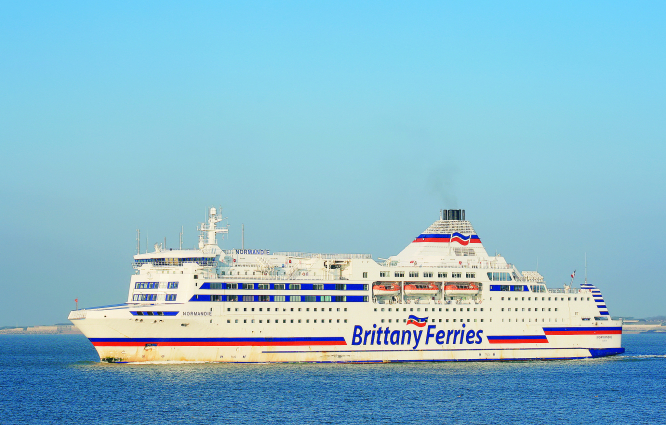 Brittany Ferries' business is guaranteed for the next year, but they're not all pleased... Photo Connexion October print edition
By Connexion Journalist

Prime Minister Jean Castex recently announced in Parliament that the government will reimburse the employees’ part of the social charges for the firm for 2021, amounting to €15million. A further €15million is to be shared out between other cross-Channel operators. Ministers for the Sea and Transport will now meet with ferry firms to work out the details.

Nigel Wonnacott, group head of external communications for Brittany Ferries, told Connexion the firm was “disappointed the exemption from social charges will be applied for one year only”, particularly as it is France’s largest employer of seafarers.

He said: “We pay higher taxes to employ sailors than companies like DFDS in Denmark and Grimaldi in Italy and these countries have chosen this derogation to benefit their domestic shipping industries. It is in the gift of the French government to do the same… and thereby help guarantee the long-term employment of French seafarers. However, the cost reduction for 2021 helps guarantee our season, so that’s good news: a reassurance for staff, passengers and other stakeholders.”

A spokesman for the Prime Minister’s office said it is aware the sea transport sector is going through hard times and talks would continue to find the best way to give support. He said Brittany Ferries has benefited from chômage partiel and a loan of €117million.

Brittany Ferries says it has a five-year recovery plan and it is going to be a tough job to pay back the government loan as required over five years, “particularly as we don’t know what demand will be like next year, let alone the years that follow”. It welcomes the promise of €85million from the Normandy and Brittany regions, both of which are shareholders in the company that owns the ships. Brittany Regional Council told Connexion they will be voting an initial payment of €15million this October.

Mr Wonnacott says the regions appreciate the employment the firm provides and its part in boosting the local economy by bringing British tourists into the area: “In the bad times, they [the regions] stand shoulder to shoulder with us. Their support in lobbying the French government has been key and we are very grateful.”

Brittany Ferries CEO Christophe Mathieu has reassured passengers in a letter on the firm’s website that he is confident it will be operating in 2021: “Next year is guaranteed. And I can assure you we are working hard to ensure we continue to serve you all in 2022 – and beyond.”