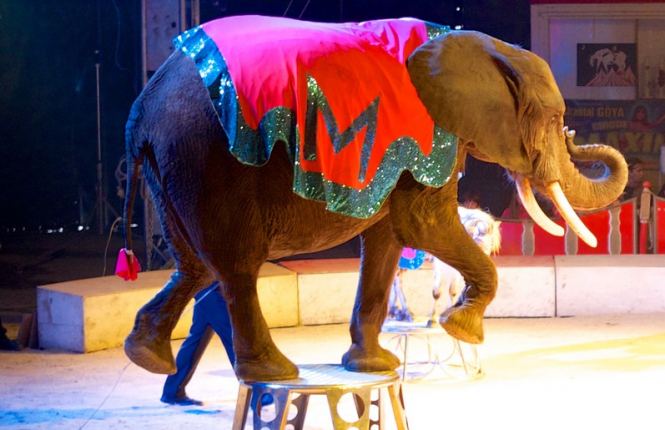 Circus owners are protesting in Paris today after the French government last month announced plans for a "gradual ban" on using wild animals in circuses.
By Hannah Thompson

A march is set to begin at 13:00 in Place René-Char in Paris, and move towards the Ecology ministry.

One Twitter user against the ban - and apparently in favour of the march - said that the announced “gradual ban” was “absurd”. He claimed that circus animals are “not wild but domesticated”, and criticised “the crass ignorance of city folk” who have no “cultural know-how” of how circus “artists” work.

The protests come after Ecology Minister Barbara Pompili on September 29 unveiled the “gradual end” of travelling circuses that use wild animals in France, as part of a series of measures to improve the wellbeing of wild animals in captivity.

Ms Pompili noted a change of era and a new relationship with wild animals, and said: “It is time that our ancestral fascination with these wild beings no longer translates into situations where their captivity is favoured over their well-being.”

She did not give a timetable for the changes, but said that she would “set up a process to make it happen as quickly as possible”.

She said that "solutions will be found on a case-by-case basis, with each circus, for each animal", and added: “We ask [circuses] to reinvent themselves. It will be a period when they will need support, the State will be at their side.”

To this end, the government is set to provide a grant of €8million to support circuses and dolphinariums during the transition period.

There are some 500 wild animals in French circuses, according to newspaper Le Monde. The new rules will bring France in line with more than 20 European countries that have already limited or banned the presentation of animals, Ms Pompili said.

Around 400 towns and cities in France have individually introduced laws against animal use in circuses and other entertainment venues.