Covid-19 in France: The shops and brands still trading 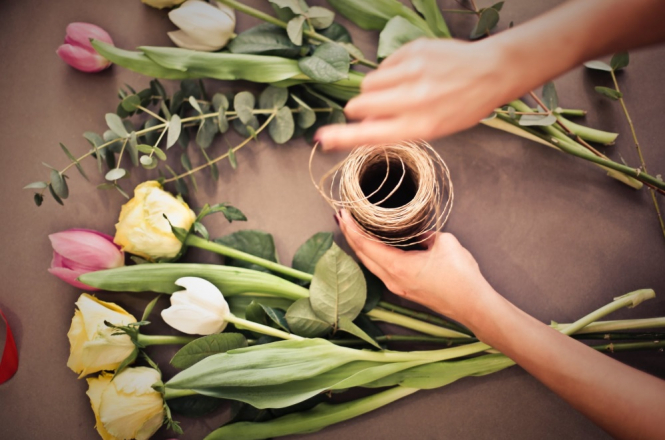 Shops and services deemed “non-essential” have been shut down in France by government order since March 14.

Some shops that were permitted to remain open also closed, while others closed their physical stores but continued to provide drive-through services and home delivery. Yet, more brands were forced to cease operations completely when total confinement was imposed on March 17.

But now, some well-known groups - including fast food outlets, DIY stores, a wine shop and a florist - have reevaluated their original decision to close completely, and are now shifting to different forms of operation despite the constraints.

The fast food giant continued its drive-through activities and home delivery services, and only stopped when confinement started.

But in the last few days, it said it has been testing a “new system to significantly reinforce health measures for its staff and clients” for drive-through and home deliveries offers in three restaurants in the Paris region, and 12 restaurants in western France.

The system has been approved by a committee of infectious diseases and virology experts, it said, and notably includes the mandatory wearing of masks, marks on the floor to ensure social distancing, an increase in handwashing and the cleaning of utensils, and a ban on accepting payment in cash.

The group has also limited the number of delivery drivers, and says it has created a secure ordering and delivery space in each restaurant.

These new measures will be tested by a team of volunteers for 48 hours. If the results are deemed successful, the trial will be rolled out across around 30 more restaurants for “stage 2” of the test.

Both brands - which are part of the Yum group - stopped services as confinement was announced. Yet, since March 31, Pizza Hut has announced that some home delivery and drive-through services are in operation, and that it is offering “no contact” deliveries.

KFC is testing a new protocol, again with the support of health experts, “in a few pilot restaurants”, for drive-throughs, and home delivery services.

In a statement, the group said: “This new health system allows for a zero-contract experience for both drive-through and home deliveries, and also includes a reduced menu to simplify operations. It prioritises contactless payment, and limits the number of staff in the kitchens to avoid contact.

“We are also increasing cleaning of surfaces and ensuring constant respect for barrier advice and minimum distances.”

Despite being permitted to stay open, wine retailer Nicolas closed its 500 sites on March 14. It is now testing a new system.

In a statement, the brand said: “In the past two weeks, the network has worked to put a safety system in place, allowing us to open most of our points of sale.”

The new rules state that only one customer is permitted to enter the shop at a time. Customers are not allowed to touch any bottles, and must be served by a staff member. Only card payments are accepted.

The brand has authorised its shops to re-open if they follow this new protocol. So far, 297 of the 500 stores have fully or partially re-started operations. The group is also seeking to develop a “pedestrian drive” system for some of its shops, and is also looking into offering home deliveries.

The DIY/hardware brand was permitted to open, but closed its stores to the public anyway.

It has instead put a drive-through system in place, allowing customers to pick up items without contact with staff. The service is only available for urgent or necessary items - comprising 6,824 products compared to the normal range of 50,000.

Customers can order and pay online, and must then drive to their local store for pick up. Customers are invited to park in a designated car park space at the store, and a staff member will then drop their order next to the car before moving away. The customer can then get out to load the order into the car.

Just 20 voluntary workers are permitted on the site at any given time.

Read more: Can I go out to pick up an order at the DIY  store?

These two DIY/hardware brands, under the Kingfisher group, also chose to close their stores, and instead offer car park pickups - similar to those at Leroy Merlin - for essential items.

In a statement, the group said: “We tried to think of an alternative [way of trading]. Any of us could have a water leak, or a broken boiler. We needed to be able to respond to this demand.”

Customers can order online, and come to pick up their goods within 48 hours. They must show their order confirmation to a worker through their car window, so there is no contact between the public and on-site workers. The order is then placed in the customer’s car boot.

This system has been in place on a voluntary staff basis from March 24, and is mostly operating in locations that have been less-severely affected by the virus.

Florists are not permitted to open under the new rules. However, they are still able to provide home delivery, and provide flowers for funerals.

Almost 10% of the 12,000 florists in France decided to continue trading, said the industry’s professional federation.

Since Tuesday last week, international giant Interflora has restarted its online ordering system for home delivery, but is so far only doing so in the Ile-de-France region.