Covid-19: Public will have to wear masks in Nice 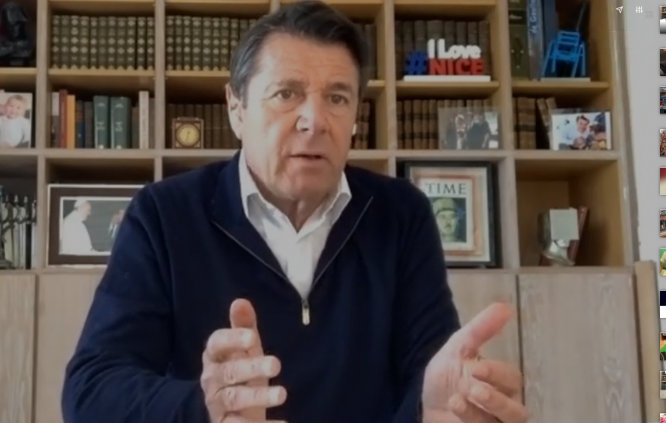 Mayor Christian Estrosi said: “All residents are soon going to receive a mask that will be re-useable for a month.”

The masks will be made of cloth, will meet recommended norms, and are set to be distributed in about 10 days’ time, he said, speaking at an online press conference with the department’s prefect and the public prosecutor.

Mr Estrosi did not clarify how they would be distributed, but said there will be a further announcement in two days’ time.

He said wearing them outside would be obligatory, as everyone would have been supplied with one.

The measures came as the prefect, Bernard Gonzalez, said that too many people had ignored the confinement rules over the weekend. Some people, including “whole families” had seemed to take pleasure in “playing hide-and-seek” with the police.

He said there were hundreds of fines and some people have now been placed in police custody.

Some people had resisted police checks and some had even been violent towards the police, said Procureur de la République Xavier Bonhomme.

After four offences, it becomes a serious délit crime, punishable by six months in prison, to break the rules, he clarified.

It will be reduced to 20.00 in certain specific districts of the centre and east of the city (including Notre-Dame, Trachel and Saint-Charles).