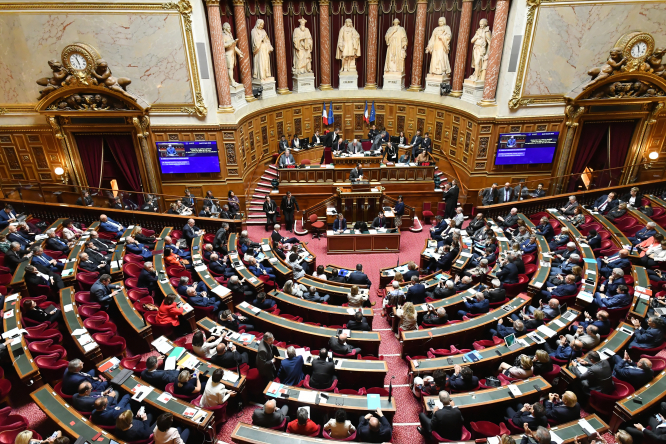 The senate has made a series of amendments to a bill that will transform the current Covid health pass into a vaccine pass Pic: Jo Bouroch / Shutterstock

The French Senate has made a first round of amendments to a bill that will transform the Covid health pass into a vaccine pass.

These include voting against restaurant, cafe and other service staff being allowed to ask for customers’ IDs and increasing to 18 the age at which a vaccine pass will be required.

The first reading of the bill in the upper house took place over the course of Tuesday night (January 11).

The senators will return to debate it this afternoon, with 104 amendments still to examine - of which almost 50 are specifically about the transformation of the health pass into a vaccine pass.

Once passed, the bill will go to a joint committee where senators and MPs will have to agree on it, before it is re-examined by both houses.

Government spokesman Gabriel Attal has said that the vaccine pass could, if passed, be in place by next week. The government had initially hoped to roll it out by January 15.

What did the senators vote for?

One notable change the senators voted for was rejecting the possibility for restaurant, cafe and other service staff to ask a customer for their ID along with their vaccine pass if they had serious doubts about the pass’s authenticity.

This rule was included in the first text approved by the Assemblée nationale on January 6.

Despite this being rejected by senators, it could be reinstated when the bill is debated by the joint committee.

The senators also voted to increase the age at which a vaccine pass would be required, from 16 to 18, with the health pass maintained for those aged 12 to 17.

They also voted for the vaccine pass to be scrapped automatically if the number of people in hospital for Covid drops below 10,000. Currently, there are 23,371 Covid patients hospitalised around France.

The Senate is dominated by opposition to the government. However, the majority of right-wing senators are thought to be generally in favour of the vaccine pass, if the amendments brought in by the Senate are adopted.

What is the vaccine pass?

The proposed vaccine pass will replace the current health pass.

Currently, everyone aged 12 and over is required to show either proof of being fully vaccinated, proof of having tested negative for Covid within the past 24 hours, or proof of having recently recovered from Covid in order to enter the majority of public places.

If this becomes a vaccine pass, it will mean that people will no longer be able to use the negative test option.

In a separate change, from January 15 all adults (18 and over) need a booster Covid shot for their vaccination certificates to remain valid with the health pass scheme. This is already the case for the over 65s.

Read more: Up to 800,000 French health passes could be deactivated on Saturday

It is thought this rule will carry over and apply to the vaccine pass as well, meaning that over 18s will need a booster dose at most seven months and two days after their previous vaccine dose for their pass to remain valid.

From February 15, this timeframe will be shortened to four months.