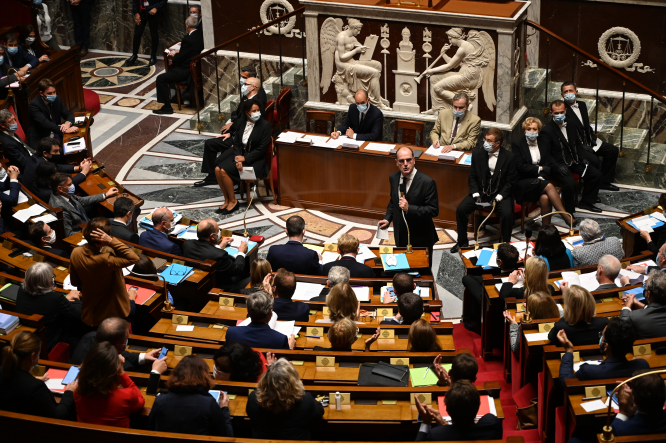 French MPs rejected an amendment which would guarantee unvaccinated people in person voting rights as part of a vote on the vaccine pass bill. Pic: Jo Bouroch / Shutterstock

French MPs rejected an amendment which would guarantee unvaccinated people in person voting rights as part of a vote on the vaccine pass bill on Thursday (January 6).

The proposed amendment had suggested adding a line to the bill specifying that voting booths were excluded from the requirement to present a health pass or vaccine pass.

The amendment was put forward by MP (Les Républicains) Anne-Laure Blin who was among the 93 MPs who opposed the vaccine pass in the vote last week.

214 French MPs voted in favour of the bill, 93 against and there were 27 abstentions. The bill will be reviewed by the Senate next week before potentially becoming law.

The amendment wished to force the government to clarify its stance on unvaccinated people and voting rights, Mrs Blin’s spokesperson told The Connexion, adding that they did not expect much from the government.

The rejection does not necessarily mean the government is considering banning unvaccinated people from voting - and we note that voting by proxy is in place in France.

However the move maintains pressure on the government and comes in the context of Emmanuel Macron’s recent lengthy interview with Le Parisien in which he said he wanted to “piss off” the unvaccinated saying “an irresponsible person is no longer a citizen.”

‘Piss off the unvaccinated’: Not first time Macron’s words cause stir