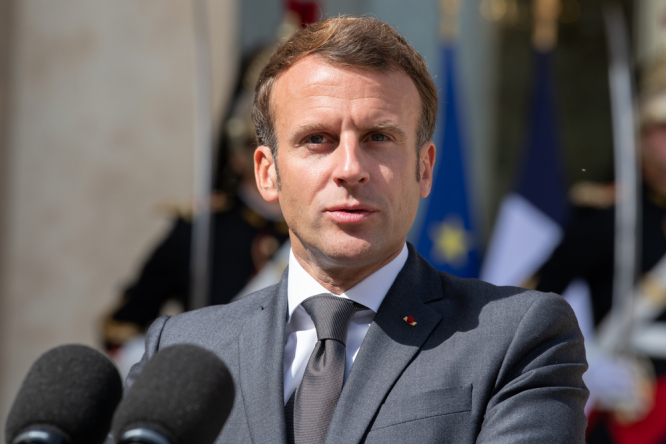 President Emmanuel Macron is to address the nation tonight (July 12) at 20:00 to talk about the Covid-19 situation and possible new measures to combat a looming ‘fourth wave’.

The content of his announcement will be based on a special Covid-19 meeting being held this morning with several top ministers.

Among the measures reportedly under review are making the Covid vaccines mandatory for certain professions, notably carers working with the elderly, extending the use of France’s pass sanitaire, which is currently required to enter events with over 1,000 people, and introducing a fee for non-essential Covid tests.

Health Minister Olivier Véran told Jewish community radio station Radio J yesterday that “we are at the beginning of something that resembles [another] epidemic wave”.

“The hospital rate is for the moment not increasing, but the same thing will happen as last summer, i.e. young people will infect younger people, and, because not everyone is vaccinated, we will have an increase in pressure on the health system, an increase in serious cases and hospitalisations,” he added.

“If we didn’t have vaccines, we would be facing a much bigger wave than the first.”

Mr Véran also said that the Delta variant of Covid was now thought to have risen to than 50% of new cases in France, calling it a "new enemy because it is much more contagious".

Some UK hospitals were now having to cancel some planned procedures due to the pressure, he warned.

Commentators believe mandatory vaccination could be announced tonight for people in areas such as healthcare and care homes, home-help for the elderly and disabled, or even pompiers.

As for the obligation to present the pass sanitaire for certain events, it is thought the 1,000 threshold could be much reduced and new types of venue added such as cinemas, theatres and even restaurants.

Mr Macron is also expected to speak tonight about other pressing issues for the last year of his mandate, such as how to relaunch the economy.

The average number of daily Covid cases has increased in recent weeks.

Weekly average figures as of Thursday last week showed an average of 3,250 cases per day, an increase of 61.6% from the week before.

There are now seven departments with an average incidence rate – the number of positive cases per week per 100,000 people – of over 50, which is the “alert threshold” set by the government.

The departments are (the incidence rate is in brackets):

The spread of Covid-19

The graph below shows the estimated reproduction number, or R number, in France.

R is the number of people that one infected person will pass a virus to, on average.

Sars-CoV-2, the virus that causes Covid, has a reproduction number of about three if no action is taken to stop it spreading.

The R number in France is now 1.2, which means that every infected person will pass on the virus to an average of 1.2 people, meaning that the virus is spreading.

The R number had dropped below 1 in April, which meant that the epidemic was regressing.

There are 947 people in intensive care units due to Covid-19, with four new patients since Saturday.

An average of 22 patients last week (July 8 figures) were admitted to ICUs due to Covid, a drop of 12% from the previous week.

There were over 6,000 people in ICUs due to Covid at the peak of the third wave at the end of April. This number had dropped below 1,000 last Wednesday (July 7).

The graph below shows the evolution of the number of people in ICUs due to Covid in France.

There are an average of 23 reported deaths per day due to Covid at present, the latest figures show.

This is a drop of 8% from the previous week.

The graph below, which was last updated with figures from July 2 to July 8, shows that at the end of April this year France was still recording on average over 300 deaths per day from Covid.

However, the average number of people receiving their first Covid vaccine dose has dropped significantly in the last month.

The average number of second doses being administered has, on the other hand, climbed from under 150,000 per day at the end of May to over 400,000 today.

The drop-off in first vaccine doses being administered is one reason that the Conseil scientifique, which advises the government on Covid related matters, has suggested making the vaccination mandatory for care workers.

And, in a joint statement published on Friday, July 9, l’Académie de Médecine and l'Académie de Pharmacie called for mandatory vaccination not only for care workers, but also for everyone eligible over the age of 12.

Who are the Covid vaccine doubters in France? We ask a researcher