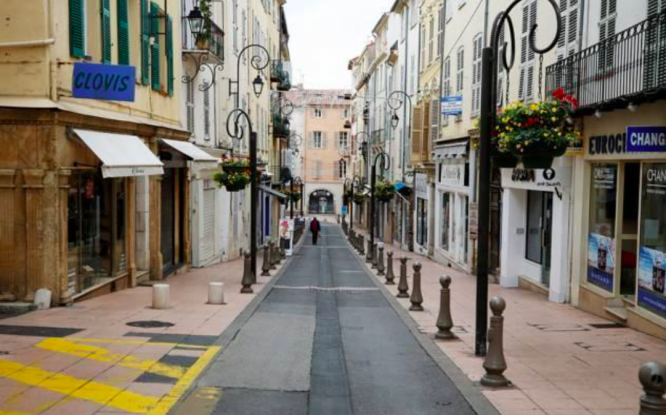 Instead of a return to confinement, the mayor of Nice has called for travel restrictions and fast vaccination
By Joanna York

The mayor of Nice, Christian Estrosi, said vaccination should begin “immediately, not in eight days” in the Alpes-Maritimes department, as Covid cases remain high and continue to rise.

The latest figures from local health body l’ARS, released on December 24, found the local rate of incidence to be 267 per 100,000 inhabitants – double the national average.

Dr Michel Carles, head of infectiology at Nice hospital, told news source FranceInfo that there were numerous possible reasons for the high cases in the area. As well as cold weather, meaning people open windows less, and a rise in cases in care homes, he said local travel was a factor.

He said: “There is a lot of movement of people between Nice and Monaco, which does not apply the same health measures as us [in France]: hotels and restaurants are open there. There is also travel to Italy. We had a lot of holidaymakers coming here during the festive season.”

In addition, numbers of Covid cases may appear higher as many more people got Covid tests before attending family gatherings over Christmas, including asymptomatic young people who may not have been tested otherwise.

Dr Carles said: “Is this rise in the number of detected cases going to be exactly proportional to a rise in new hospitalisations? If the people found to be positive are young, meaning they are generally in good health, maybe there will be less of a rise in hospitalisations than if they were people vulnerable to Covid-19.”

Hospitals under some strain

The effect of the recent rise in cases should be visible in local hospitals by mid-January.

Currently, Dr Carles said of Nice hospital: “The system is not overwhelmed but it is very full. The Covid ward is more than 80% full and we currently have around 20 patients in intensive care.”

But, in Grasse, hospital director Walid Ben Brahim said the number of Covid patients was proportionally extremely high. He said: “The signs of a third wave are already here. We can see that the virus is circulating a lot among our staff with a rise in people being off sick with Covid in the past 10 days.

“Among doctors, we are placing a lot of hope in the vaccine: It’s our exit door, our blue sky.”

As well as calling for vaccination to start immediately, the mayor of Nice said yesterday he will ask Health Minister Olivier Véran to introduce quarantine measures between France and Italy, limit travel to Monaco, and introduce systematic PCR testing in Nice airport.

Mayors in other French cities call for action

This comes as mayors in other French cities are calling for stricter health measures to combat rising cases.

In Nancy, Mayor Matthieu Klein said a third confinement was “inevitable” and that vaccination should begin as soon as possible in the regions most heavily affected by the epidemic.

And Mayor of Reims, Arnaud Robinet, suggested a national re-confinement “until the return to school, meaning until January 3 or 4”.

Defence council to meet this morning

A meeting of the health defence council (including the President, senior ministers and health experts) is taking place this morning to discuss the health situation in France.

In an interview with news source Le Journal du Dimanche released on December 27, the health minister said a third national confinement was a possibility.

Mr Véran said: “We never rule out measures that could be necessary to protect people. That doesn’t mean we have decided, but we are monitoring the situation hour by hour.”

He added that Covid figures were particularly worrying in the regions of Grand Est, Bourgogne Franche-Comté, and the department of Alpes-Maritimes, including Nice.

Third lockdown ‘not ruled out’ in France if Covid worsens