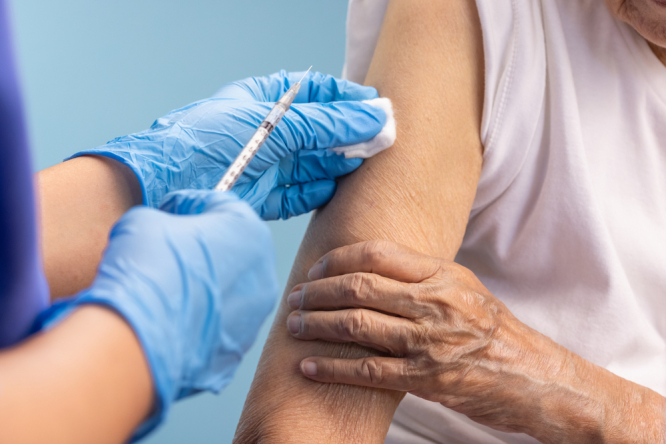 People considered especially vulnerable to Covid-19 include those with chronic health conditions and the elderly Pic: Toa55 / Shutterstock

More than five million people in France who are vulnerable to serious forms of Covid-19 have not been vaccinated, national health provider Assurance maladie said on July 22.

At the same time, the health provider said that “strong progress” has been made to vaccinate people in this group, including those with chronic health conditions and the elderly.

As of mid-July, 78.2% of people undergoing dialysis had been fully vaccinated, with overall rates jumping 9.4% between May 23 – July 11.

Rates of vaccination have risen even more sharply for people with diabetes. As of mid-July, 69.7% were fully vaccinated, with a rise of 31.8% in the same seven-week period.

He said that unvaccinated vulnerable people “would be at risk as soon as the epidemic rises again”.

This comes as senior figures in the government have said this week that a fourth wave of the epidemic has begun in France, even though demand for vaccines has shot up following use of the health pass (pass sanitaire) being extended to more public spaces.

The latest figures from July 22 show that 37.8million people in France have now received a first dose of the vaccine and 30.8million are fully vaccinated.

There were also 21,909 new Covid cases reported in the previous 24 hours, meaning daily cases have doubled since last Friday, July 16.

In this context, Mr Martin said that efforts to encourage vaccination among vulnerable people should continue.

Since the end of March, Assurance maladie has sent seven million letters to people aged over 50, a further 3.5million more targeted letters, and 7.15million SMS messages to encourage vaccination among these groups.

It has also given GPs access to lists of patients who have not been vaccinated so that they can help persuade them to do so. So far 4,800 GPs have asked for access to the lists.