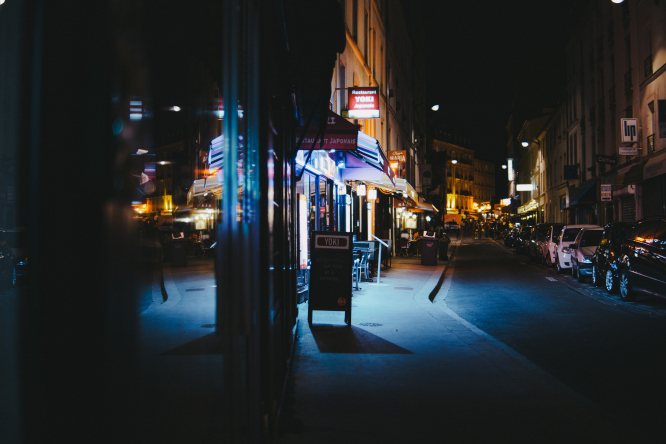 In Ile-de-France, 113 fines were issued to party goers on Saturday, February 6. In Moselle, Grand Est, 25 fines were issued and two people were taken into custody. In Toulouse, a teen was taken in for questioning after police were alerted to a party happening in her home on Saturday night.

It comes as police have been asked to reinforce measures to ensure the evening curfew is being respected during the health crisis.

He said: “From 18:00-06:00 we are supposed to be at home. The police are here to ensure that the law is the same for everyone. If people do not have a travel exemption form with a valid reason, they are liable to be fined.”

Read more: The form you need for be out between 18h-06h

Parties in bars in Paris

In the French capital, the prefecture de police said in a tweet that officers shut down illegal gatherings in bars and one party with over 60 attendees on Saturday. The previous evening, 800 police officers were deployed to maintain curfew measures in the region.

Fines were issued to 113 people and four people suspected to have organised the events were called in for questioning. The illegal parties happened in the 19th arrondissement, Bondy, Orly and Chennevières-Sur-Marne.

In Sarrebourg in Moselle, police intervened at a private party in a gîte with almost 50 attendees, all of whom were young people from Strasbourg, local news source Républicain Lorrain reported.

After being tipped off by neighbours, the police arrived at the large country property at around 2:00 in the morning on Sunday, February 7. One party-goer, 23, was taken into custody at around 06:00 as he drunkenly attempted to drive home from the gathering. Officers later entered the property and issued 25 fines to attendees still there. The organiser of the party, 25, was also taken into custody.

The fine for attending an illegal gathering while health restrictions are in place is €135.

Near Toulouse police also intervened to shut down a party at 1:40 on Sunday morning, news source La Dépêche reported.

The “small gathering” had been organised by a teenage girl in her home, with permission from her parents who had gone away for the weekend. Neighbours called police after hearing loud music and talking.

Officers found almost 40 attendees at the gathering - many of whom, the girl said, were gate-crashers. Police carried out identity checks on all party-goers and are expected to issue fines.

The teenager was called in for questioning and her parents have also been contacted by police.

1 day ago
3
French farmhouse renovation: DIY tricks to get rid of rats