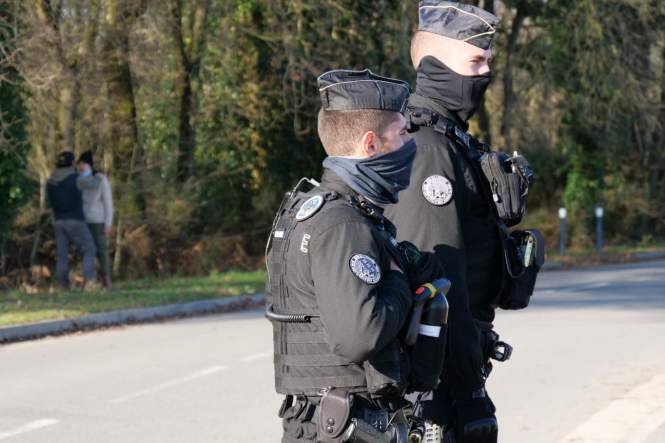 Gendarmes broke up the rave on Saturday morning. Around 1,200 fines have so far been issued to attendees
By Connexion journalist

The illegal New Year rave party involved around 2,500 people at its peak and took place in Lieuron (Ille-et-Vilaine) before finally ending this morning (January 2).

France’s interior minister Gérald Darmanin has announced that an enquiry has now been opened.

Some 1,200 fines have been issued to partygoers and five people have been arrested, the Ille-et-Vilaine prefecture reported.

“The gendarmes, whom I thank for their commitment, continue to carry out thorough checks and to issue fines,” Mr Darmanin wrote on Twitter.

“Under the authority of the Prosecutor, a judicial investigation has been opened and the organisers have been and will be identified and prosecuted,” he added.

The music was stopped around 06:00 today and the equipment dismantled.

Some party goers attempted to avoid repercussions by escaping via a motorway, a few metres from the two abandoned hangars where the rave took place.

Three gendarmes received minor injuries after stones were thrown at them when they tried to intervene. One gendarmerie car was also set on fire.

"There is an undeniable responsibility, it is the responsibility of the organisers who took the decision to create an event of this nature. They will have to be accountable to the law", Jean-Luc Chenut, president of the Ille-et-Vilaine county council, told FranceInfo.

This event was "totally forbidden, in non-existent sanitary conditions, and therefore endangered the health of others", he said

"Organising an event of this nature in the midst of a health crisis creates a major risk of spreading the epidemic.”

A Covid-19 antigen testing centre has been set up in front of the Lieuron sports centre and participants of the rave are strongly encouraged to go there, the Ille-et-Vilaine prefecture has stated.