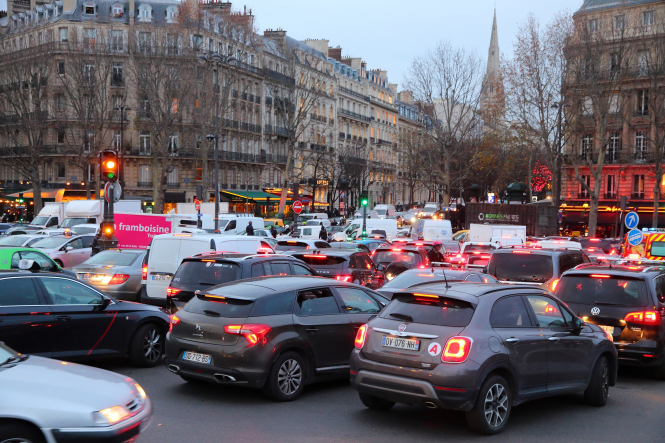 The new rules aim to decrease air pollution in the capital. Similar measures will be introduced in other cities in France this year Pic: Tupungato / Shutterstock

The Crit’Air rating is a mark out of five indicating how much pollution a vehicle produces. Older and more polluting vehicles have a higher number.

Owners can apply online for a Crit’Air certificate with a rating for their vehicle, which comes in the form of a round sticker with a number from zero (green sticker relating to electric and hydrogen vehicles) to five. This sticker must be displayed on the vehicle’s windscreen.

Read more: Where in France you need to have a Crit'Air sticker

From June 1 in Greater Paris, cars rated Crit’Air 4 or 5 will only be allowed to enter the zone in the evenings and at weekends.

More low emission zones to be added throughout France

By the end of 2021, 11 areas in France will be under the similar ZFE (zone à faible émission, meaning low emission zone) rules.

These zones will account for six million vehicles and 15.8% of all road traffic in France.

Incentives for drivers to replace vehicles

The new rules impact diesel cars in particular, as they cannot be given the lowest polluting Crit’Air 1 rating. From 2024, it is expected that Paris will limit access for all vehicles rated over Crit’Air 1 ­– meaning almost all diesel cars.

Currently the only exception is a Mercedes diesel hybrid rechargeable model.

The government has introduced incentives for owners of older cars – which are more likely to have a higher rating – to change their vehicles for newer models with lower ratings.

These include la prime à la conversion, offering financial aid of up to €7,000. From July 1 this will reduce to €6,000 and only be available if buying a car with a Crit’Air 1 rating.

Owners who want to keep their older cars with petrol engines could also consider changing the engine for one that runs on liquefied petroleum gas (GPL), some of which are eligible for Crit’Air 1 rating. This costs around €2,000.

There is also the possibility that the government will adapt the rules slightly to make allowances for some older cars.

In March the Senate passed a motion to allow cars over 30 years old to enter ZFEs. The motion has not yet been discussed by Parliament.