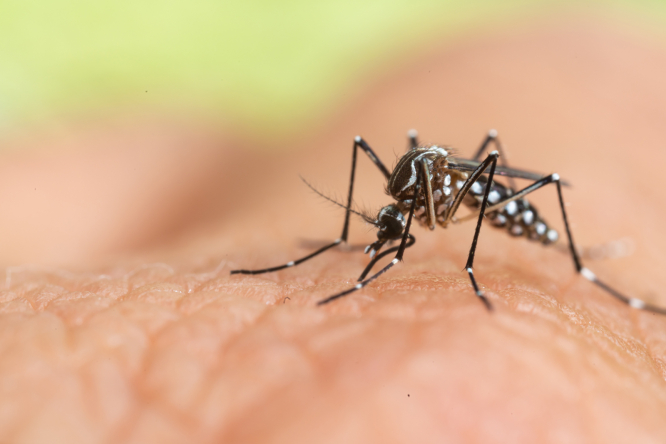 The woman did not contract a serious form of the tropical disease from the mosquito that bit her, but the commune was placed on alert, its streets sprayed with insecticide in the early hours of the morning to prevent it from spreading.

If tiger mosquitoes already in the Val-de-Marne were to bite the patient, they too could become vectors of the disease.

The infection is usually mild and passes after about a week, but can in rare cases be potentially life-threatening. Common symptoms include a high temperature and joint pain.

“When the doctor confirmed the diagnosis of dengue fever, he contacted us immediately”, Éric Véchard, director of the Regional Health Agency (ARS) in Val-de-Marne, told Sud Ouest.

The local branch of the ARS has since identified five cases in Val-de-Marne and is recommending people keep their windows closed at night.

Endemic to tropical regions, dengue has spread all over the world with an estimated 390 million infections annually, according to the WHO, which has noticed an eightfold increase over the past two decades.

Mosquito alert in the Nord

While mosquitoes tend to be more of a problem in summer, the rainy weather over the summer and high temperatures persisting into September have encouraged them to stick around.

Just this week, Lille and the Nord department were flagged by the Vigilance Mosquitoes website due to high instances of bites and an ‘unusual proliferation’ of mosquitoes.