Diabetes increase in France due to obesity, says study 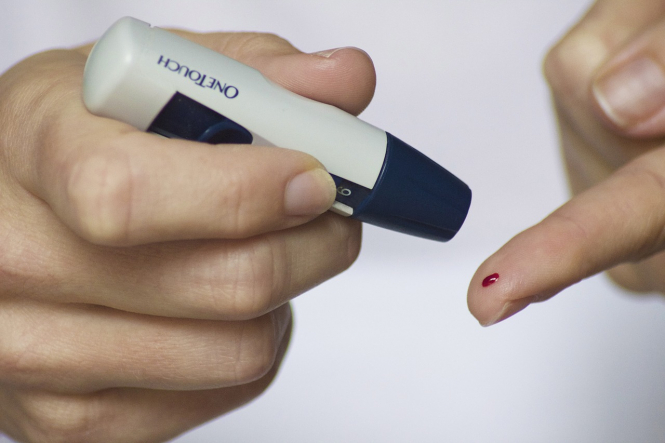 The rise was attributed to an older population and longer lifespans, but also to rising levels of overweight and obese people
By Connexion journalist

As reported in French newspaper Le Figaro, the study found that diabetes diagnosis rates - especially Type 2 - had risen by 2.1% per year between 2010 and 2015.

Rates were also highest in areas with lower socio-economic status.

Analysis by Public Health France, published in the most recent World Journal of Diabetes in November, attributed the rise to an older population and longer lifespans, but also to rising levels of overweight and obese people. Better diagnosis levels also played a role.

Diabetes is defined as having a chronic excess of sugar in the blood, with Type 1 usually coming on in childhood and unrelated to diet or exercise, and Type 2 usually diagnosed later in life and often related to poor diet and high levels of sedentariness.

Type 2 was shown to be more likely in the Hauts-de-France (6% diagnosed) than in Brittany (3%), compared to the national average of 5%. There are estimated to be around 3.3million diabetics in France overall.

Those in less affluent areas of the country are also more likely to be affected; la Seine-Saint-Denis has one of the highest rates of the disease (around 7%) in France.

Figures showed there were twice as many diabetics among people who have full medical cover (those requiring the most financial aid), compared to those who do not have cover - 3.6% compared to 1.7% among those aged 60 and under.

“This study will help us identify the populations who must be the priority target for any primary prevention campaigns,” the researchers recommended.

“Being overweight and obese can be linked to the difficulties [that lower-income] families in precarious situations may have in finding sports activities or even childcare, which can often too expensive,” explained Professor Agnès Hartemann, head of diabetes services at the Pitié-Salpétrière hospital in the 13th arrondissement in Paris, speaking to Le Figaro.