French Nobel prize winner: ‘Covid-19 was made in lab’ 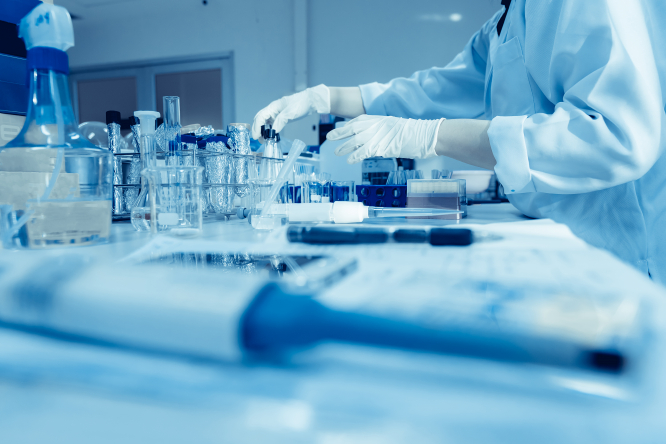 Professor Luc Montagnier is a controversial figure within the scientific community, saying of the virus: It 'has come out of a laboratory in Wuhan' Pic: kittirat roekburi / Shutterstock

Luc Montagnier, who won the Nobel Prize in 2008 for his work on HIV - and who is a very controversial figure in the scientific community - said in an interview this week that “the virus has come out of a laboratory in Wuhan, which has been specialising in these types of coronaviruses since the beginning of the 2000s”.

He made the claim during an interview with news platform CNews.

He said: “We have arrived at the conclusion that this virus was created.” He accused “molecular biologists” of having inserted DNA sequences from HIV into a coronavirus, “probably” as part of their work to find a vaccine against AIDS.

He said that it was not clear how the virus had been able to escape the laboratory, and condemned scientists for doing “the work of a sorcerer’s apprentice”.

Professor Montagnier has said that he is not the first to suggest the connection, and added that “a group of renowned Indian researchers” had also tried to publish a study showing that the new coronavirus includes HIV DNA, but were forced to retract their claims and had been “smothered”.

The Indian study said that there was “a strange similarity” between the new coronavirus SARS-CoV-2 and VIH-1 - the main cause of HIV - “which is unlikely to be coincidental”.

But an article in Le Monde newspaper found that this alleged Indian study had been “pre-published”, before it had been read by academic peers [a necessary step for any academic paper before it is published in a recognised journal].

After its “pre-publication”, the article was widely criticised by the scientific community, with many saying that such similarities were “banal”, and very common among similar viruses.

Following intense criticism, the study was later taken down.
The site that pre-published the study, BioRxiv, said that its publications were not peer-reviewed, and that “they should not be considered as conclusions, health advice, clinical guidelines, or to be used by the press as definite information”.

The similarity between Covid-19 and HIV has also been noted by Peng Zhiyong, director of intensive care at the Zhongnan university hospital in Wuhan. In an interview with official Chinese media site Global Times, he said: “The influence of Covid-19 on the body is like a combination of SARS and AIDS.”

The doctor was referring to symptoms of the virus - including its effect on the lungs and immune system - and did not explicitly say that the viruses themselves were in any way similar.

Professor Montagnier’s claims that the virus was created in a laboratory do not align with the current consensus of the wider scientific community.

The World Health Organization (WHO) has denied any suggestions that the virus was “made in a laboratory”.

Currently, it is widely thought that the new coronavirus appeared from a wet market in Wuhan, in China, where many exotic animals are sold.

Read more: Covid-19 in France: What we know (and do not know) so far

Étienne Simon-Lorière, virologist at medical research centre l’Institut Pasteur in Paris, told the Agence France-Presse that the theory that the new coronavirus is specifically and deliberately linked to HIV “makes no sense”.

He said: “[These DNA sequences] are tiny elements that we find in other viruses of the same family; other coronaviruses in the wild. They are pieces of DNA that actually resemble many DNA sequences in many bacteria, viruses, and plants.

“If we take a word from one book, and see that this word resembles one from another book, can we say that one has copied the other? It’s absurd.”

However, the similarities between Covid-19 and HIV - whatever their source - have been used as a basis of some research attempting to find a cure for the virus.

In Spain, one patient was cured of Covid-19 after having received treatment based on lopinavir and ritonavir, two medicines more often used to treat HIV and hepatitis C.

Santiago Moreno, head of infectious diseases at the Ramon y Cajal hospital in Madrid, said: "The protease [enzyme] of SARS-CoV-2 is very similar to that of HIV. This enzyme is fundamental for the virus to be able to replicate itself...The results we have so far with the coronavirus are encouraging.”

But there was no suggestion from Dr Moreno that this similarity was due to intentional manipulation of the virus.

What are the conspiracy theories?

Yet, there is no shortage of conspiracy theories circulating about the claim.

A study by polling agency Ifop - published at the end of March - found that more than 26% of French people believe that the new coronavirus “was intentionally made in a laboratory”; a figure that jumps to 40% among voters of far-right party le Rassemblement National.

A number of right-wing and extreme-far-right figures in France have made reference to Professor Montagnier’s claims - notably on Twitter - with some linking the theory to what they see as a “lack of transparency” from China about the virus.

Professor Montagnier is well-known for his radical, and often controversial, views within the scientific community.

One molecular biologist at the national research centre Le Centre National de la Recherche Scientifique (CNRS), Alexis Verger, last week tweeted a “reminder” that the professor is known for being anti-vaccinations, pro-homeopathy, and believes that “water has memory”.

He has also been known to attempt to “regenerate DNA sequences from pure water and digitized electromagnetic signals and send them by email”, said Dr Verger.

Professor Montagnier caused controversy in the scientific community when, one year after winning the Nobel prize, he claimed that “a good immune system” was enough to protect people against AIDS.

He has also come out in support of the idea that water has memory, a theory defended in 1988 by the late French immunologist Jacques Benveniste, which has since been discredited by the scientific community.

He was also the subject of a public outcry in 2017, when he came out against the French government’s decision to make certain vaccinations mandatory, accusing the policy of “poisoning the next generation little by little”.

In response, 106 academic scientists wrote an open letter “calling [the professor] to order”. The letter read: “We, academics of medicine, cannot accept that one of our peers is using his Nobel prize [status] to spread dangerous health messages outside of his field of knowledge.”

It is vital to identify the origin of Covid-19, says geneticist

7 hours ago
3
Visitor visa for France: How do we prove we own our second home?