French drivers see speed cut as limit to their freedom 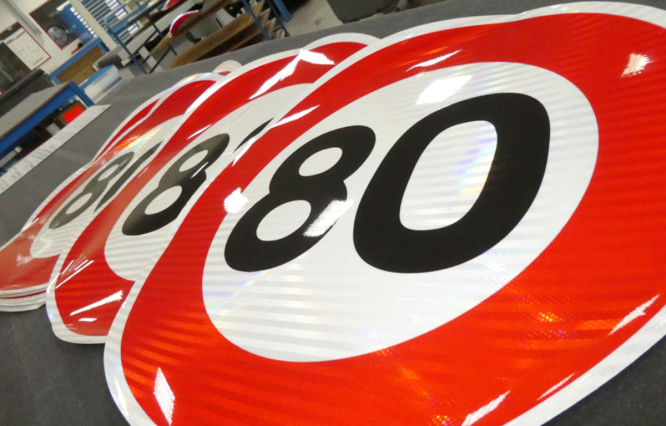 You have said that people see sudden changes in motoring rules such as this 10kph speed reduction as an intrusion. Can you explain?

The car is part of our everyday living space, a place where we develop ways of being, routines. The body settles down and relaxes. We experience it as an intimate, subjective sphere.

The government will take stock of the reduction after two years. If it is poorly accepted, will they go back?

The political communication could be improved.

There were also measures including anti-ignition breathalysers or devices to monitor speeding in cars of drivers who have committed certain offences. Can these be seen in the same light?

Yes, because we always have the feeling these things are trying to limit our freedom. In the car it’s a precious moment when we take time out to think about ourselves and our lives.

The plans would also toughen penalties for people who used their mobiles while committing another offence. Do you think the French are usually sensible about phone use, or is it the same and people see themselves as in a private space where they can do what they like?

There comes a point where we do have to re­mem­ber that, even if we are in a personal space, we are in the middle of collective mobility and we have to remind people, that for each of us our freedom has its limits.

It ends at the freedom of the other to move around as well. If we are on the phone and not paying attention we can hold up traffic around us, or things can end up badly sometimes.

It is up to the legislator to act in that case, but there’s always this tension between defending personal freedom and the collective logic.

Attempts are made to encourage less car use in favour of public transport. Will people struggle to give up the freedom of the car?

Well you can be ‘free’ on a bike, as well. But it’s going to be difficult because towns continue to spread out towards rural areas so the car is by far the most practical means of transport.

People don’t have the choice, because to go to work, to the creche or school, to the supermarket, see friends… in areas outside town centres, you drive because you can’t do otherwise.

We see a dualism, a split between dense town centres where it’s easy to take the tram, a bike or walk, and other areas. More could be done to improve transport links to outlying areas and make the way our territory is organised more coherent.

What impact do you see from technologies such as self-driving cars?

The more technology we have in the car the more eco-friendly they are becoming. Also the more the car becomes intelligent I think we will take even more pleasure from being in it because we’ll be able to do what we like – work or think about other things. It’ll become all the more important; all the more a space where I decide what I do there.

The safety measures included ones on pedestrians’ safety. Do you think people in their cars are sufficiently aware of them? Drivers do not always respect crossings…

It’s widespread that people often think they have the right of way over pedestrians and cyclists and they don’t pay enough attention to the rules. I think it’s more noticeable in the south of France but it’s everywhere.

In debates often those who use their cars are judged negatively, but first we should consider why people are often obliged to use the car, and how we live in our car; how we inhabit it.

Once we’ve understood it we could consider how we can also make public transport more liveable.