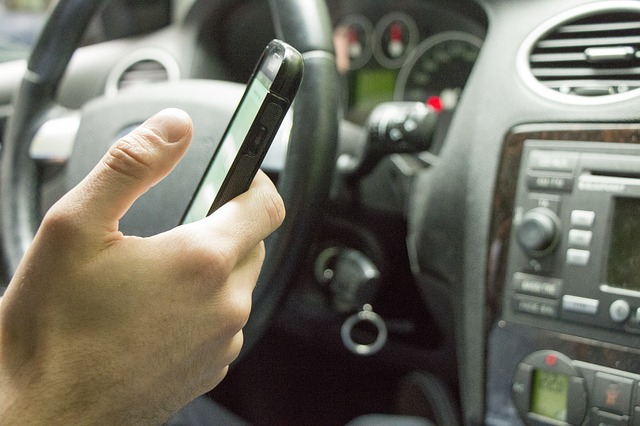 The infraction is already punished by a €135 fine and three points.

But under new government measures, drivers may soon face losing their licence immediately if they are caught using their phone, especially if it is their second road infraction - for example, if the same driver has recently already been caught speeding, or running a red light.

“Using your phone” includes holding it in your hand, using or looking at it in a way that takes your attention away from the road, speaking on it, touching the screen or buttons, or otherwise engaging with the device other than through a totally hands-free system connected up to your vehicle.

The measure comes as the government acts against risky driving behaviour, in a new bill debated by the Assemblée Nationale, which could come into law before the end of the year.

Emmanuel Barbe, interministerial delegate from road safety agency La Sécurité Routière, said: “We hope that this very serious threat [losing your licence] will make drivers think again, and encourage drivers to use tools to disconnect their phone, turn it off, or put it in the glove box or the boot - all of the measures we can use to fight against this.”

According to figures from motorway group Association des Sociétés Françaises d’Autoroute, 6% of car drivers and 15% of heavy goods vehicle drivers use their mobile phones while driving. The action is said to triple the risk of having an accident.

Even hands-free systems may cause distraction and increase the risk of accidents.