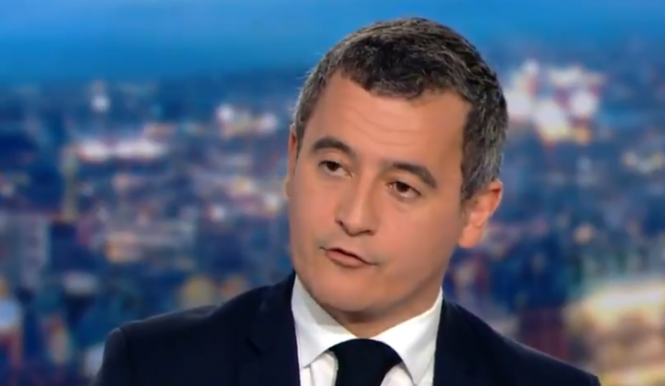 More than 3,000 sanctions have been issued so far in France to people in breach of the curfew in place in nine cities to fight against Covid-19, but overall the rules are “being respected”, the interior minister has said.

Police have checked people 19,300 times since the rules were introduced at midnight on Saturday October 17, and issued 3,019 fines for non-respect of the rules, said Interior Minister Gérald Darmanin on news channel TF1 on October 19.

Curfews are currently in place between 21:00 and 06:00 in Île-de-France (including Paris), Lyon, Lille, Toulouse, Montpellier, Saint-Étienne, Aix-Marseille, Rouen and Grenoble.

Further curfews have not been ruled out in at-risk areas such as Nice, and Vaucluse.

Exemptions are permitted for those with a good reason to be outside, such as a medical appointment or visiting a vulnerable, dependent family member.

Those found breaking curfew without a good reason risk a fine of €135. This can rise to €3,750 and even a sentence of six months in prison for repeat offenders (three times or more).

Mr Darmanin said the number of checks compared to the relatively few number of fines issued “proves that the police and gendarmerie are there, and that the public is listening to the health conditions that the President of the Republic has issued”.

He said: “For the most part, the curfew is being respected.”

The most recent figures from health body Sante publique France (SPF) on October 19 show that there were 13,243 more cases diagnosed in the past 24 hours, and 146 more deaths.

There were 7,978 new hospitalisations over the past seven days, including 1,441 admissions to intensive care.

The positivity level is at 13.4%, and 88 departments are considered to be in a “highly vulnerable” situation.

SPF has this week said that so-called “clusters” now represent the minority of cases being identified among the population, at 7.9% of total cases diagnosed since May.

It added that the current extent of the virus spread does not allow authorities to identify specific outbreak sources, in most cases.

Yet, the authority is still keeping count of the clusters under investigation. As of Monday October 19, there were 1,775 clusters being investigated (70 more in the previous 24 hours), of which 366 are in elderly care homes.