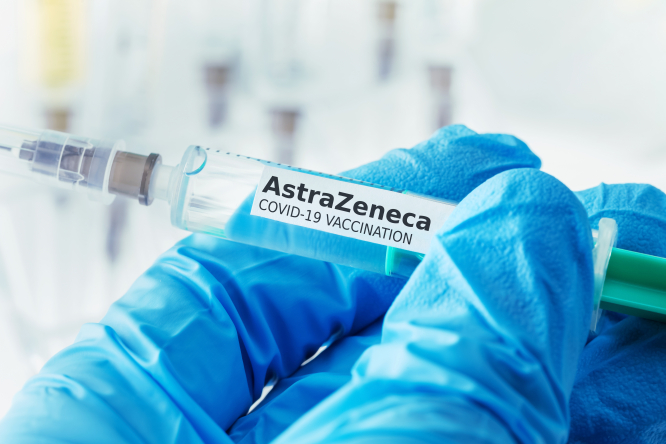 Will the AstraZeneca vaccine be accepted under new rules for travelling to the US? Pic: Tobias Arhelger / Shutterstock

An EU commissioner has expressed hope that the US will accept travellers vaccinated with the AstraZeneca Covid vaccine when the country drops a travel ban on several countries, including France, in early November.

The question has arisen as the AstraZeneca vaccine has not yet been approved for use in the US by the Food and Drug Administration (FDA).

Thierry Breton, European commissioner for internal market, said he had spoken to White House Covid response coordinator Jeff Zients about the vaccine and was told it would be up to the Centers for Disease Control and Prevention (CDC) to decide.

Mr Breton, who is currently on a visit to the US, said that Mr Zients sounded “positive and optimistic".

Today the US announce lifting the travel ban on fully vaccinated Europeans.

Intense negotiations have paid off — and the EU Vaccine #TaskForce will keep working with the Biden admistration on other important topics such as supply chains. pic.twitter.com/lemqIaGnRZ

The US is set to drop a travel ban on fully vaccinated travellers from the EU, the UK and several other countries in ‘early November’, over one year and a half after the ban was introduced.

A spokesperson for the CDC did state on Monday (September 20) that the organisation considers a person to be fully vaccinated with any FDA-authorised vaccine and any vaccine authorised by the World Health Organisation (WHO).

The AstraZeneca vaccine has been approved for emergency use by the WHO, but this is not official confirmation that the US will accept travellers vaccinated with this vaccine.

Around 10 million doses of the AstraZeneca vaccine have been administered in France. The vast majority of people in France have received the Pfizer-BioNTech vaccine, which is approved by the FDA.

Regional news outlets in the UK, where the AstraZeneca vaccine has been more widely used, are reporting that a spokesperson for the prime minister has said he was “confident” the AstraZeneca jab would be recognised by US border officials.