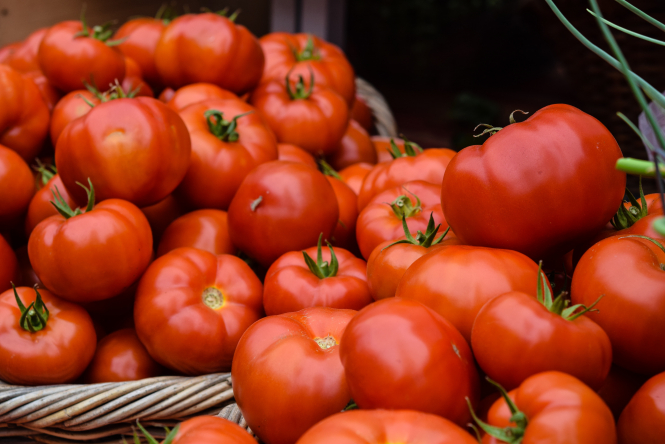 Tomatoes are especially vulnerable to the virus, as are peppers and chilli peppers
By Connexion journalist

Named the tomato brown rugose fruit virus (ToBRFV), it was first identified in the Middle East in 2014, and has since spread worldwide.

In a report published today (Tuesday February 4), Anses said that although the virus had not yet reached France, it was at “high risk” of the infection spreading, as much among home gardeners as professional producers.

The report said: “There is a high risk [of the virus] being introduced and spreading [with] potential consequences on growth, as much for professional companies as for homegrown produce, which represent a significant volume”.

Although the virus is not dangerous for humans or animals, or to anyone who consumes it, it does pose a threat to growing fruit and vegetables, and spreads easily between plants, attacking the entire plant from root to leaf.

It can be spread easily from one plant to another, and also via contact with surfaces such as tiles, gloves, and garden tools.

An infected plant will have discoloured leaves, and dark or brown marks on any flowers. Fruit such as tomatoes, peppers or chilli peppers will not grow properly, and are likely to be seriously deformed and discoloured, with a rough surface texture - making them impossible to sell and unpleasant to eat.

If any plants do appear to be infected, the only way to stop the spread is to rip the plant out at the root and destroy it by burning.

There is currently no other cure, leading Anses to recommend prevention as the only management method. The agency also warned against buying seeds online, or from uncertain geographical origins or sources, to avoid unwittingly importing or spreading the virus.

The virus symptoms may be easily confused with other plant infections. Yet, as from Philippe Reignault, director of vegetable health at Anses, told news source Libération: “Yes, there may be a risk of confusion - but it is better to take maximum precautions and eradicate plants in vain, than risk the alternative.”

He advised gardeners and producers to be “vigilant”, and to report any suspected virus symptoms to regional food services le Service Régional de l’Alimentation (SRAL) or the Fédération Régionale de Défense Contre les Organismes Nuisibles (FREDON); or your local chamber of agriculture.

In Europe, the virus has so far reached Spain, Italy, the Netherlands, Greece, Germany, and the UK. It has also been reported in the United States.

In some Middle Eastern countries, such as Jordan, as many as 100% of fruit plants have been affected. In less affected countries, the virus has caused up 10% of losses for some professional producers.

Mr Reignault said: “The risk is difficult, even impossible, to bear for the professional sector.”

In November, the EU introduced emergency regulation to ensure that all fruits - especially tomatoes - circulating in the area are exempt from the virus.