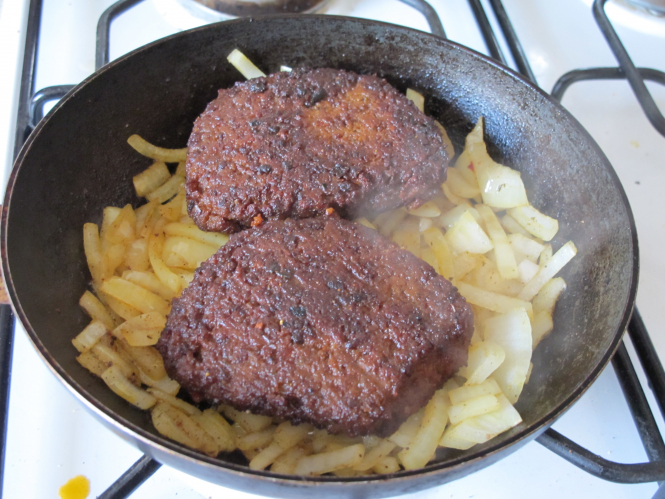 The market for meat alternatives - such as tofu, seen in this photo - could be worth an estimated €600 million in France by 2021
By Joanna York

The law was passed in the Assemblée Nationale on May 27, following pressure from the French meat industry.

The full list of vegetable proteins that cannot use the words on their packaging will be decided by the end of the year.

The meat industry - which is currently worth €35 billion - is fighting back against the rising popularity of alternatives to traditional meat.

These include vegan and vegetarian products currently available on supermarket shelves, often made with tofu or pea proteins. French research group Xerfi estimates that the market for these products could be worth €600 million by 2021.

Alternatives also include start-ups that are working to develop meat that, rather than coming from an animal raised on a farm, is cultured in a laboratory using tissue engineering techniques. Meat produced in this way is often positioned as an ethical alternative to traditional meat products.

Tissue engineering techniques, proponents argue, both eliminate the slaughter of animals and use significantly less land and energy than traditional farming techniques.

'Steak', 'escalope' and 'sausage' can only be used on meat products

However, the meat industry has argued that the nutritional and gustatory qualities of vegetarian alternatives bear no comparison to traditional meat products. They claim that the difference between the products must be made clear to consumers in the words used to describe them.

As such the words steak, escalope and sausage (saucisse) can now only be used to describe products that contain real meat.

This follows a similar fight won by the French dairy industry a few years ago, which banned non-dairy alternatives from using the words milk (lait), cream (crème) or cheese (fromage).

Instead, dairy-like products made with alternatives such as soy or oats must label themselves juices (jus), drinks (boissions) or desserts (desserts).

Ban on chick culling in France by the end of 2021

French study: Food to have fewer ingredients in future

Covid-19 could have positive impact on food in France