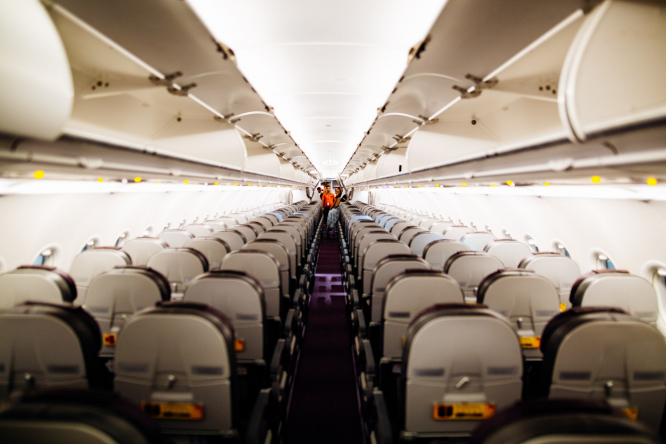 Airline regulations mean that airlines must fly 80% of their flights, even if they are empty, or they risk losing their airport takeoff and landing slots. Twice a year, airport slots are put “back on the market”, in a system known as “use it or lose it”.

In short, if an airline doesn’t use its slot, it risks losing it.

The outbreak of coronavirus has prompted a sharp drop in the number of airline passengers, as people avoid travelling to limit the spread, meaning that airlines have been forced to run “ghost” flights with no passengers on board, wasting thousands of litres of fuel and emitting needless tonnes of CO2.

Airline industry body International Air Transport Association (IATA) has estimated that the consumer airline industry risks losing between US $63 billion and 113 billion due to the coronavirus crisis, and that passenger numbers from Western Europe have dropped by 24%.

At a press conference this week, French economy minister Bruno Le Maire said: “On the subject of airline travel, I have asked the European commissioner Paolo Gentiloni to request that airline companies may be able to keep their slots without having to fly their empty planes across the sky.

“It is totally absurd that this regulation is being applied in the current circumstances.”

In an open letter on Twitter, Mr Shapps said: “I am particularly concerned that, in order to satisfy the 80/20 rule, airlines may be forced to fly aircraft at very low load factors, or even empty, in order to retain their slots.”

Aviation demand is reduced due to COVID-19, but airlines are being forced to fly some ‘ghost flights’ to avoid losing their slots – bad news for the environment, airlines & passengers. I've written to the regulator to request urgent reconsideration of 80% slot utilisation rule. pic.twitter.com/OsKEH2S4Ab

ACL has already relaxed the rules for flights to and from mainland China and Hong Kong.

IATA is also calling for the suspension of this 80/20 rule.

In response, a spokesperson for the European Commission has said: “We are looking at all the options on the table, including changing the regulation on slots, to face up to this crisis.”

This would not be the first time the rule has been changed or suspended. It happened immediately after the terrorist attacks of September 11, 2001; during the SARS epidemic of 2003; and after the economic crisis of 2008.

French civil airline authority la Direction Générale de l’Aviation Civile (DGAC) said that it hoped that this precedent would allow “this change to happen in the shortest time frame, so that airline companies can adapt their timetables from the beginning of the summer 2020 aeronautical season”.