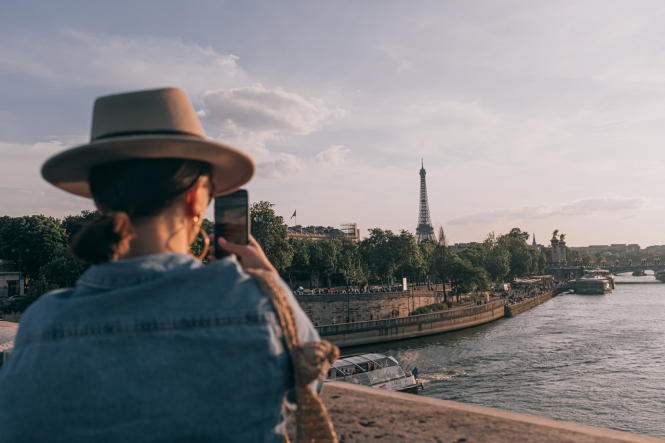 France has today launched a campaign to attract European tourists this summer, but critics say that the country’s lack of strategy on Covid-19 means many may still see the destination as a “health risk”.

Junior Minister for Tourism, Jean-Baptiste Lemoyne, has repeatedly said he wants to see a ‘blue-white-red’ summer this year.

He has joined with Atout France, which promotes France as a tourist destination abroad, and representatives from French regions, to launch a campaign designed to attract visitors from June onwards.

France normally receives 90 million tourists per year, putting it ahead of Spain, Greece and Italy. Annual tourism takings in France are usually €57billion and account for 2.87 million jobs.

Mr Lemoyne said: “I am taking up the baton again, as I did last year, to meet tour operators and distributors in Belgium, Switzerland, the Netherlands and Germany.

“It is very important to do this, because in this time of health crisis, the weight of political words counts even more than before. It is important to show that there is a political will to roll out the red carpet to our European neighbours, [who] represent three-quarters of our international visitors.”

Yet, critics within the travel industry say France’s “absence of strategy” on Covid-19 means that travellers could continue to see it as a risky destination.

Didier Arino, director general of the tourism consultancy Protourisme, told BFMTV: “There is an absence of strategy and planning.” He cited the policy of allowing vaccinated tourists to enter the country, regardless of their country of departure.

Cécile Poignant, a ‘prospectivist’ (or someone who provides forecasts based on current trends), said: “For a certain number of tourists, our country remains a health risk. People want to travel, but their relationship to travel has changed a lot, especially when it comes to distance and the transport used.”

The UK’s current travel list puts France in the ‘amber’ category, the countries of which are still not recommended for holiday travel.

But Mr Lemoyne said: “From June 9, many activities will be open with limits, and from June 30, we will see normal functioning.

“Foreign tourists can expect to rediscover the France they know, but with extra health precautions in place.”

Yet, this calendar will likely be conditional on the changing health situation, and will only continue if infection levels remain under 400 per 100,000 people. If this threshold is exceeded, certain ‘health brakes’ will be activated, which could affect reopening dates.

France is not the only European country aiming to attract European visitors as borders and foreign travel begin to open and restart.

Greece, which is highly dependent on tourism, has been especially open to foreign travellers.

A study by travel industry trend analysts ForwardKeys found that after Greece announced in mid-May it would open its borders to vaccinated tourists in the summer, bookings flooded in from the US and UK.

American airline United Airlines announced that flights would operate to Athens; and figures from travel company TUI France show 36% of its current reservations are to Greece, compared to Spain (23%), France (18%) and Italy (16%).

In comparison, some have suggested that France may have left it too late to welcome European tourists.

But Mr Lemoyne said: “We have started on time”, and added that since President Macron announced a timetable for the end of lockdown, “booking calendars have been filling up fast”.