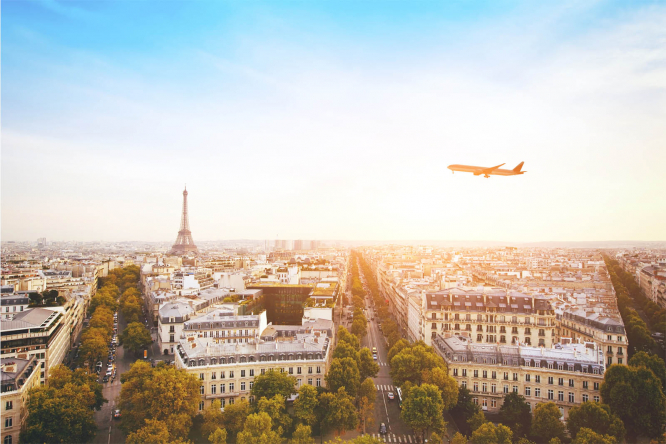 France, Spain and Greece did not make it onto England's green travel list, meaning anyone travelling there will have to quarantine when they return to England Pic: Song_about_summer / Shutterstock

England has announced a reopening of foreign travel from May 17 but has not placed France on its green travel list. It has been classed as amber, as was expected.

The 'Stay in the UK' regulation is lifting on May 17, meaning leisure travel away from England will no longer be 'illegal', however the country will still be advising against holidays to any countries not listed as green.

The amber listing means that travel to France is still not recommended and anyone who does go there will have to self-isolate at their home on return for up to 10 days.

The May 17 date applies to residents in England. Scotland, Wales and Northern Ireland have not said when they might ease their strict travel rules

It colour codes countries as either green, amber or red, with stricter travel restrictions for the amber and red countries.

“Amber countries form the biggest group, and as with red countries, you should not be travelling to these places right now,” Mr Shapps said.

He said that the colours will be reviewed every three weeks.

Portugal, Gibraltar and Israel have been placed on the green list, meaning that people going there from the UK do not need to quarantine when they return.

Countries such as France, Spain and Greece are on the amber list.

Amber means that all travellers will need to self-isolate for 10 days when they return to England. Obligatory Covid-19 tests will be taken on day two and eight. An optional extra test on day five could allow leaving isolation early if it is negative. A package of the two essential tests costs £160-350, although the UK government has said it will work with providers to reduce the costs.

Travellers to France will also need to take a test in France before returning to the UK. You can read more about how to do that in our article here: Travelling from France to UK: How to get a French Covid test

What travellers returning to England from amber countries must do:

The decision to place France on the amber list could impact insurance as many, but not all, UK travel insurance policies are invalidated if people travel against foreign office advice, for example for a holiday when only ‘essential’ travel is advised (if you may be affected, you should check with your insurer).

However there is no reason for UK residents’ health cover under the Ghic/Ehic scheme to be invalidated. Furthermore, there are other legal guarantees under EU and UK rules related to refund and compensation rights if travel firms cancel trips.

Countries are categorised based on their number of Covid-19 cases and the success of vaccine rollouts.

Mr Shapps stated that people in the UK who are fully vaccinated will be able to display this status on the NHS phone application from May 17. They will also be able to request a letter to prove their vaccination status.

What about any restrictions on arrival in France?

At present the UK is already one of the few non-EU countries from which France already allows leisure travel (despite the fact that the UK does not yet appear on the EU's recommended list of safe countries yet).

It is hoped that the requirements will be eased from June 9, when President Macron has spoken of welcoming back foreign tourists who can show their safe Covid status with a 'health pass'. It is unclear yet what documents may be accepted from the UK, but they could include proof of a recent negative test, of having had Covid and recovered from it, or being fully vaccinated.

The French Interior Ministry said it is too early to speculate about exactly what will change, however an official French source told The Connexion it is hoped that there will be clarifications from the French government in coming days.

It comes also as a minister said France is working on its own traffic light scheme for foreign countries, notably with regard to rules for French residents wanting to visit them.

France second home-owners: Up to €457 for Covid tests to visit from UK

17 hours ago
3
Visitor visa for France: How do we prove we own our second home?