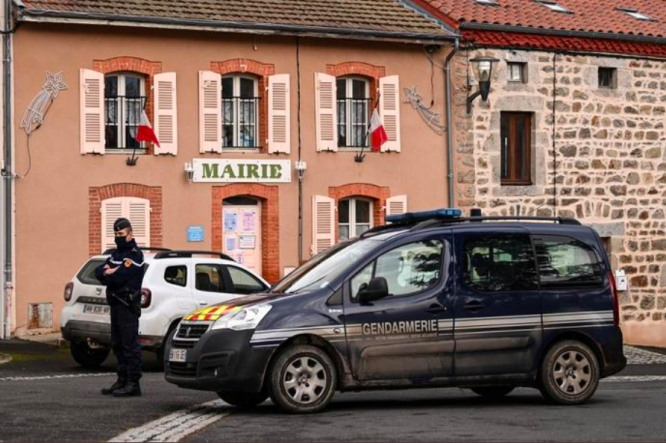 Three gendarmes were shot dead as they attended a domestic violence complaint last night (December 22) in the small village of Saint-Just in Puy-de-Dôme (Auvergne-Rhône-Alpes).

The suspected killer, a man aged 48, was later found dead in his car.

The three officers killed in the incident were from the local Ambert police force. The fourth is in hospital with a thigh injury and is expected to recover said Interior Minister Gérald Darmanin.

Officers arrived at the domestic address in Saint-Just following a call from a friend of a woman who was being threatened by her ex-husband. The caller said that the woman had escaped to the roof of the building to try and stay safe.

Police had established a security perimeter by the time the suspect fired the first shots, killing one police officer and injuring another. The suspect then fled the scene, setting fire to the house as he left and shooting at a second police unit, killing two more officers.

Ms Scheurer said: “It was night in a rural area where it was very dark, and the suspect accused of domestic violence was firing at gendarmes. His wife was on the roof of the house, which had caught fire, and everything happened very fast.”

A manhunt involving helicopters and police dogs followed to try and find the suspect who was described by police as “armed and dangerous”.

The interior minister revealed at 8:45 this morning that the suspect had been found dead in his car. Suicide is suspected but has not yet been confirmed.

His ex-spouse was rescued from the building and is now being looked after by police.

Following the incident, Mr Darmanin has travelled to Ambert to meet with the local gendarmerie unit this morning.

President Macron has also tweeted in tribute to the officers: “They intervened to help a female victim of domestic violence in Puy-de-Dôme, three officers were killed and a fourth injured. The nation feels the pain of their families. To protect us, our forces of order put their lives in peril. They are our heroes.”