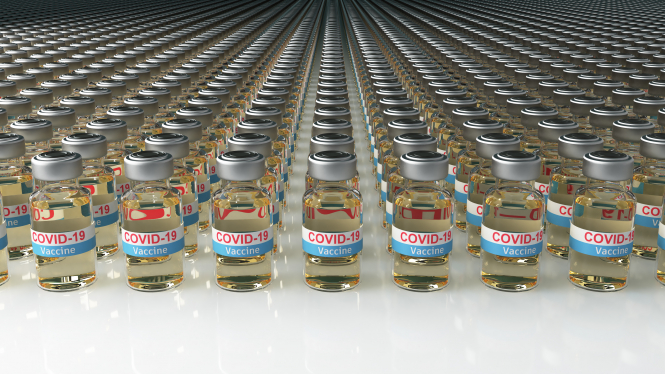 France has rapidly caught up with its European neighbours in terms of first vaccinations Pic: Rakchai Duangdee / Shutterstock

France is set to hit the target of 50million people vaccinated with at least one injection against Covid by the end of August, and has almost equalled the UK on first jabs.

The latest French government figures (August 24) show 47.7million people vaccinated with a first jab, compared to 47.8million for the latest figures from the UK (August 25).

Meanwhile France has slightly overtaken the UK on ‘full’ vaccinations, which are now at 42,086,348; according to statistics site covidtracker.com, compared to the 42,072,712 shown on the UK’s government website.

The significant number comes despite the number of injections having slowed in the week of August 9 (3.1million compared to 3.5million the week before).

But now the government has said the 50million target will be reached before September, due to a “rebound effect” seen ahead of the imminent rentrée (back to school).

In a recent press conference, a Ministry of Health spokesperson said: “[The decrease] was a slight drop, a running out of steam, but not a complete collapse, because there are still a very significant number of people who want to get vaccinated.”

The ministry said that the country was on track, despite there being “around 100,000 appointments for first injections every day, compared to 150,000 at the start of the month”.

The continued injections come after President Emmanuel Macron announced the health pass extension rules, and said that vaccination would be mandatory for people in 70 healthcare professions.

The ministry said a small rebound was all that was needed to hit the 50million target on time.

The spokesperson added: “Reaching 86% of over-12s is a very ambitious objective, and a collective challenge, but it’s achievable. We have the doses, we have the slots, and we have the demand, which, despite slowing a little, is still significant.”

The numbers mean that France has managed to play significant catch-up with its European neighbours, despite the intense criticism it received for its slow rollout of vaccines at the start of the campaign.

At the start of May, France had reached just 24% of people with a first injection, compared to the UK and Israel, which at that time were already approaching 51% and 62% first injections respectively.

Independent website Our World In Data shows a slight disparity on the government figures claiming 71% of the whole population in France has now had at least one dose, overtaking the UK (70%) and Israel (68%)

The fast catch-up is being partly explained by the date on which France opened up vaccination to all (in May), and President Macron’s speech on the health pass and mandatory jabs.

The ministry is expecting that the start of September will “encourage people to get ahead” and book their appointments; especially young people, with 52% of 12-17-year-olds already having received at least one dose.

EVen so, the online booking platform Doctolib now estimates that the 50million first jab mark will now be met by September 4, as opposed to August 29-30 according to its earlier estimates.

The National Education Ministry is set to launch two campaigns to encourage young people and their families who may still be reticent about vaccination, to be proactive.

This will include mobile teams deployed into schools, and school trips to vaccination centres with group appointments made.

The government is also increasing its outreach campaign in a bid to reach people who are still ‘hesitant’, including campaigns in shopping centres, high foot-traffic areas and workplaces. From August 27, “large quantities of vaccines” will be sent to these places, the Health Ministry confirmed.

These extra numbers will largely come from increased deliveries of the mRNA vaccine Moderna, which are set to increase from the 670,000 doses delivered at the start of August, to more than 2million by the end of the month.

6 hours ago
4
Map: in which French departments are Covid cases rising?

22 hours ago
5
Which supermarkets in France have the most offers, deals and promos?