France set to sizzle under first hot spell of summer 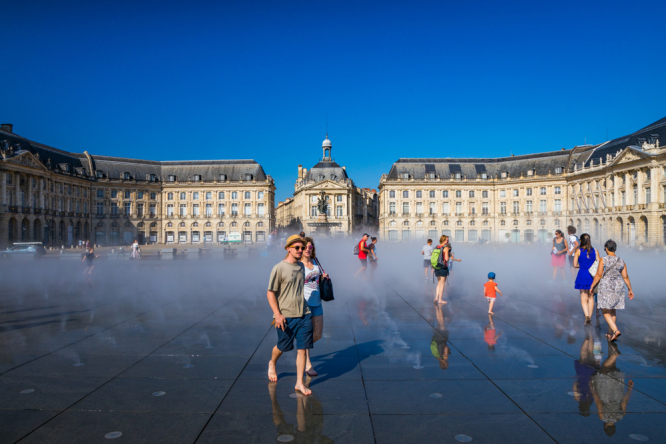 Summer is set to arrive with a bang over the whole of France this weekend, with temperatures set to soar as high as 35C in the south of the country, while northern areas can expect to reach highs of 30C.

After a cool spring, punctuated by occasional highs, the mercury is set to rise rapidly over the coming days as summer kicks into gear, notably in the southwest. Forecasters say the threshold for an orange high temperature warning could be triggered in the Landes.

While temperatures were unlikely to break previous records for the month of June - currently between 38°C et 40°C in 2003, 2015 et 2019 -  the hot weather expected in the region this weekend is “remarkable for mid-June. It is perhaps the first time we have had such hot weather, so early”, according to Olivier Cabanes, deputy head of forecasts in the southwest for Météo-France.

Normal maximum temperatures for mid-June are around 25°C. "It will be 10 degrees above the seasonal norms," Mr Cabanes told France Info.

On Saturday and Sunday, “temperatures will continue to rise. At the end of the week, we will reach the 30C threshold in the northern half of the country and we will approach the 35C threshold in the southern half,” according to the national forecaster.

Mr Cabanes said: ”The week is already hot, but from Saturday onwards, it will go up a notch.”

The high temperatures and dawn-to-dusk sunshine should dominate into the middle of next week thanks to a high pressure system over the Azores, in the Atlantic, that is blocking ocean weather systems from reaching France - with temperatures set to rise by 1C to 2C per day into this weekend.

Overnight temperatures are expected to dip to between 12C and 20C, meaning a heatwave warning is unlikely, but officials are ready to move quickly, having set out France's 2021 heatwave plan at the beginning of the summer.

The hot spell will, however, be punctuated by occasional mountain storms in the Pyrénées, Alps and Corsica.

Official figures suggest Paris should pass 30C for the first time in 2021 this weekend - about the expected time of year - the historical average for this since records began in 1981 is June 16.

But Bordeaux and Lyon are 'behind schedule'. Weather stations there have yet to report temperatures higher than 30C this year: the annual average for reaching such high temperatures is May 24 in the Nouvelle Aquitaine capital, and June 5 in the southeastern city.

For the first time, in the case of a heatwave, posters in English will be displayed warning of the dangers.

But although forecasters predict June and July will be generally hot and dry, they do not expect extended spells of intense heat like those experienced in 2019, when temperatures broke records across the country.

In such weather, precautions are advised, even for people in good health. These include:

15 hours ago
2
Can an unvaccinated Briton travel via another EU country into France?