France to ‘struggle to accept’ Brits if no confinement 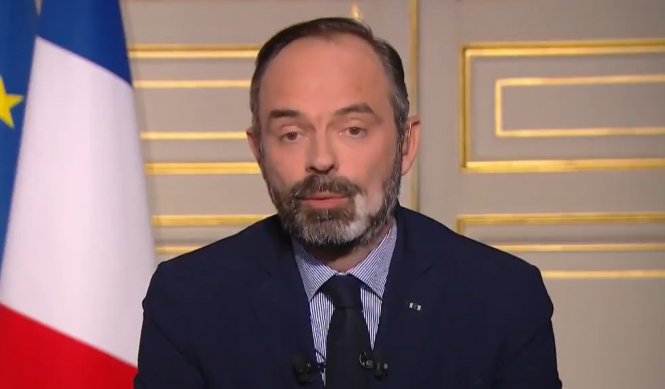 Prime Minister Edouard Philippe said "if neighbouring states, such as the United Kingdom, go much longer without imposing ‘confinement’ measures, then we will struggle to accept British citizens"
By Connexion journalist

Speaking on television network France 2 last night (Tuesday March 17), Edouard Philippe said: “Everyone in the EU should adopt cohesive methods and processes to fight against the epidemic.

“It goes without saying that if neighbouring states, such as the United Kingdom, go much longer without imposing ‘confinement’ measures, then we will struggle to accept British citizens who have been freely moving around their country, and then come to France.”

It was not immediately clear whether Mr Philippe was referring to visitors or permanent, long-term residents - although it is thought unlikely that France would block long-term residents with a right to remain from entering the country. This has not yet been clarified.

Britain has so far not imposed mandatory confinement on its citizens. It has not closed schools, nor officially closed restaurants, bars, pubs, theatres, or other public places.

Yet, after previous calculations suggested that 250,000 people could die without further measures, UK Prime Minister Boris Johnson has now advised against all social contact, and “non-essential” trips outside.

Elderly people and pregnant women have also been advised to self-isolate for three months, and the government has also advised against all “non-essential” travel.

This is in contrast to the more stringent measures imposed in mainland Europe, notably France, Belgium, Spain, and Italy. All of these countries have now imposed mandatory confinement, with residents only permitted to leave their homes under a small number of “unavoidable” conditions.

In France, people must now stay at home at all times, and fill in (or copy out by hand) a specific form to explain why they are outside.

Theatres, restaurants, bars, concert halls and public places have all been formally closed, as have all shops and services except those specifically mentioned in this decree.

British visitors who plan to travel through France to return to the UK still need to carry one of the Covid-19 travel ‘attestation’ forms with them, the British Embassy has said.

It is recommended that as well as the details required on the form, you also add wording such as: “Je rentre au Royaume-Uni en voiture / par avion (aéroport de…) / par train” [I am returning to the UK by car / by plane (from …. airport) / by train] to the form to make your situation clear.

If you have returned from a high risk area, including China (mainland China, Hong Kong, Macao); Singapore, South Korea, Iran or the Lombardy and Veneto regions of Italy, and present symptoms of respiratory infection such as fever, cough, difficulty breathing within 14 days of your return, call your local GP.

Do not go to your local hospital or doctor, or call the Samu 15 number except in a genuine, life-threatening emergency.